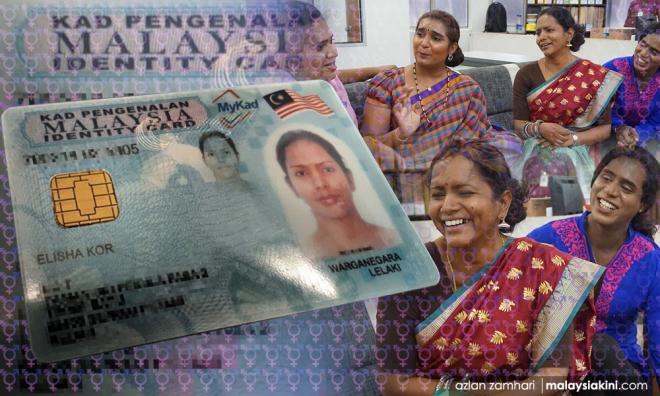 ‘Return my gender to me’: Trans people’s struggle to change their IC status

SPECIAL REPORT | In 2003, transgender activist Elisha Kor Krishanan went to the National Registration Department after completing her sex reassignment surgery in Thailand, hoping to change her gender on her identity card (IC).

She brought a number of documents based on the instructions given by the department, including her original birth certificate and a photocopy, an approval letter from the local doctor and supporting document on her sex reassignment surgery.

However, just like many others in the transgender community in Malaysia, changing her IC gender remained an elusive goal for Elisha.

“I remember it was 2003. I went to the National Registration Department to change the gender status on my IC, but the officer said, ‘Cannot’. And I asked, why? He just told me to hire a lawyer, or go home, without giving any clear reasons."

“Yes, I failed to change my IC gender status and the last two digits on my IC… It ended up no matter how (much of a) ‘woman’ I am, others still call me ‘Encik’ (Mr) according to my official gender status," she said.

In August 2018, Elisha held a press conference at PKKUM’s Kuala Lumpur office to reveal the difficulties faced by the transgender community. However, only a few media outlets were in attendance. This was around the time that Pakatan Harapan leaders were debating whether transgender people should be allowed to use female toilets.

However, two weeks before the press conference, de facto Islamic Affairs Minister Mujahid Yusof Rawa had re-iterated his previous statement that the LGBT community's rights as citizens are enshrined in the Federal Constitution, which means they cannot be discriminated against at the workplace.

Elisha told Malaysiakini after the press conference, “People ask me why, why you become transgender? When do you decide to become like this? But all of those questions are not right…I do not have a choice.

“The gender status (on my IC ) means everything. Your actions have to, you know, sync with your gender…If not, isn't it like ‘senget’? (off-balance)....