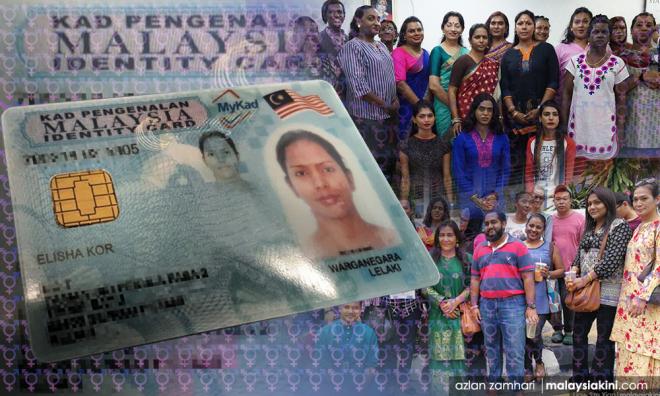 Malaysiakini spoke to two transwomen, Elisha Kor Krishnan and Vasugi Amma, to gain insight into the difficulties faced by the community in changing their gender markers in their identification cards (ICs).

As Elisha and Vasugi note, the government did not explicitly prohibit gender changes in the ICs before the 1980s. There was even a doctor in a Kuala Lumpur public hospital who transgender people would call to perform sex reassignment surgery (SRS).

But things have taken a turn for the worse since.

The resistance to legal recognition of gender is largely informed by religion. This is apparent with the issuance of a fatwa deeming SRS haram in 1982 – save for intersex people who undergo the surgery to keep one sexual organ.

According to Vasugi, the fatwa was a turning point for the transgender community. Since then, many Muslim surgeons refuse to perform SRS, leading transgender people to seek the procedure abroad.

“Many trans people went to Thailand, Singapore and Indonesia for the SRS,” she told Malaysiakini.

This was compounded by a 2005 fatwa stating that gender markers could only be changed if the surgery was performed in accordance with Islamic law.

Elisha’s own application to have her gender changed on her IC was turned down by the National Registration Department. Many who have approached Pertubuhan Kebajikan dan Kesihatan Umum Malaysia (PKKUM) – the NGO she founded – have met with the same resistance...