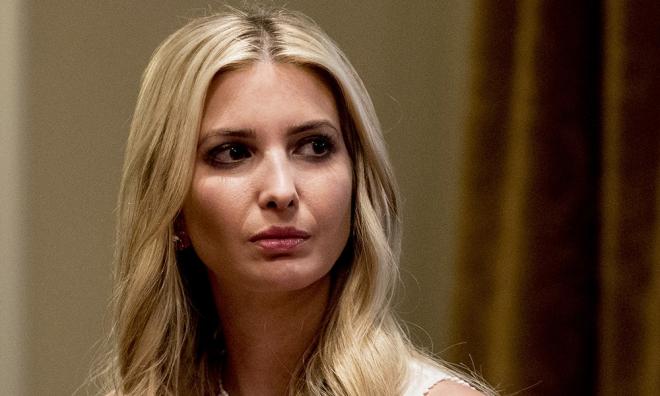 Ivanka Trump will help manage the Trump administration's selection of a US candidate for the position of World Bank Group president, a White House official said on Monday.

The official, who spoke on condition of anonymity because the process is not public, dismissed a report in the Financial Times that floated Ivanka's name as a possible candidate and was repeated by several other media outlets over the weekend.

Treasury Secretary Steven Mnuchin and White House Chief of Staff Mick Mulvaney "have asked Ivanka Trump to help manage the US nomination process as she’s worked closely with the World Bank’s leadership for the past two years," the official said.

"Reports that she is under consideration are false."

A US Treasury spokeswoman could not immediately be reached for comment.

Ivanka Trump has worked with the World Bank and departing President Jim Yong Kim over the past two years, jointly launching a US$1.6 billion women's entrepreneurship fund with 13 other donor countries to raise capital for female entrepreneurs in developing countries.

The United States, which has a controlling voting interest in the World Bank, has traditionally chosen the institution's leader since it began operations in 1946.

Kim announced his surprise Feb 1 departure last week to join private equity fund Global Infrastructure Partners, more than three years before his term ends in 2022, amid differences with the Trump administration over climate change and the need for more development resources.

The World Bank has said its executive board will begin accepting nominations starting on Feb 7. It said candidates should be committed to implementing the bank's 2030 development objectives and reforms under the 2018 capital plan.

Candidates should have a proven leadership track record, with experience managing "large organizations with international exposure," diplomatic and communication skill and "a firm commitment to and appreciation for multilateral cooperation," the World Bank said.

Any nominee needs executive board approval and alternative candidates put forth by other countries are seen as likely to emerge, as they did in 2012, when Kim's nomination was unsuccessfully challenged by candidates from Nigeria and Colombia.