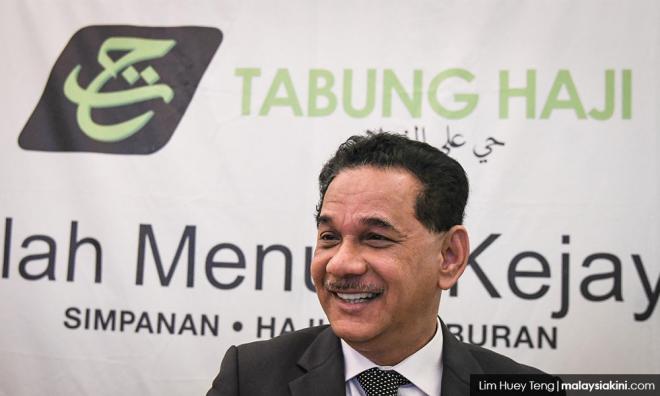 Tabung Haji: 2018 dividends will be paid, but don't hope for too much

Lembaga Tabung Haji has assured that it will pay dividends (hibah) for 2018 to its depositors.

The pilgrimage fund's chief executive officer Zukri Samat said the payout for 2018 will be in accordance with regulations, but cautioned that the payout may not be big.

Previously, it was reported that the fund had essentially paid dividends using depositors' savings according to a financial position review for 2017 by independent audit firm PriceWaterhouseCoopers.

Tabung Haji Act 1995 states that the pilgrimage fund is not allowed to pay dividends if it is in deficit, but had been doing so since 2014, despite its liabilities exceeding its assets.

Zukri said Tabung Haji's finances, however, have recovered after it transferred around RM19.9 billion in loss-making assets, including its land in the 1MDB-linked Tun Razak Exchange (TRX), to a special purpose vehicle under the Finance Ministry.

The assets transfer exercise was completed by the end of December last year, Zukri said.