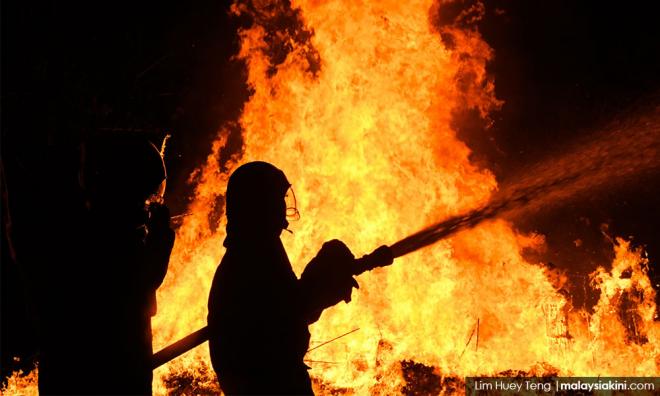 The MACC today confirmed that it is investigating the supply of "unsafe" fireproof clothing to firefighters in the country.

The commission was responding to a Harian Metro report which said the fireproof suits were found to have been made from flammable polyester.

"The MACC sent a sample of the fireproof clothing supplied by the contractor to the Chemistry Department which confirmed that the clothing was unsafe to use as it did not comply with the standards set by the Fire and Rescue Department," it said in a statement today.

The MACC said it is seeking mutual legal assistance over the matter from the United Kingdom.

The report said the MACC had seized some 6,000 of the problematic fireproof suits in 2017.

They were supplied in 2016 and were worth between RM2,400 to RM2,500 a piece. Following the seizure, subsequent supplies were cancelled.

As a result, the report said the firefighters were facing a shortage of firefighting suits and had to share or use worn out ones.

The MACC clarified that its investigation does not prevent the Fire and Rescue Department from acquiring new firefighting suits.

"If there is any doubt, the Fire and Rescue Department can get in touch with the MACC," it said.

The Harian Metro report, citing sources, said certain quarters within the Fire and Rescue Department and the Housing and Local Government had arranged for the acquisition from a particular company.