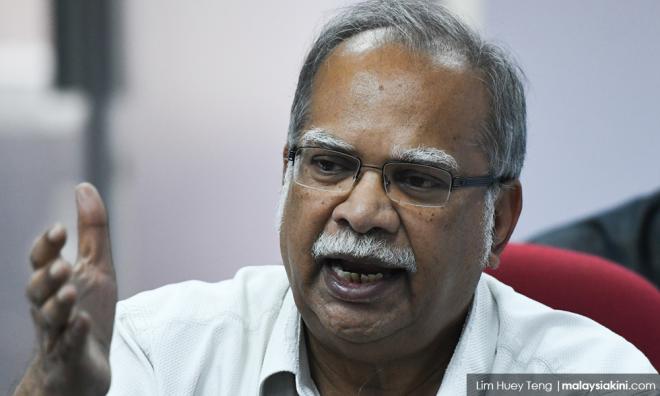 Developers in Penang must be more mindful, Deputy Chief Minister II P Ramasamy said following a debacle over a light display at an apartment building which was cross-shaped.

"Why invite trouble by putting on a display that might just be used to provoke anger or concern? Developers in Penang must have some ethical and social responsibilities.

"If it is a religious place, say if it is a church compound, putting up or giving it a magnificent display is something acceptable in the country.

"However, if religious symbols are displayed in areas not designated for religious purposes, then there could be a problem," Ramasamy said in a statement today.

Last week, images of an apartment building in Jelutong with a cross-shaped light display caused an uproar on social media.

PAS information chief Nasrudin Hasan accused the developer of having a "Christianisation agenda".

However, pictures of the apartment circulated later showed that the lighting display now mimics the Chinese word "Ong", meaning prosperity.

Ramasamy said the remarks from PAS as well as Umno critics were not surprising and were politically motivated.

Nonetheless, he said the developer of the apartment should take steps to rectify the matter and not give any space to troublemakers.

"Do not give an opportunity to the troublemakers for an excuse to make a political issue out of something of no serious concern to Malaysians.

"Too much time is wasted in debating or arguing about matters that are very pernicious and disintegrative in nature," Ramasamy added.