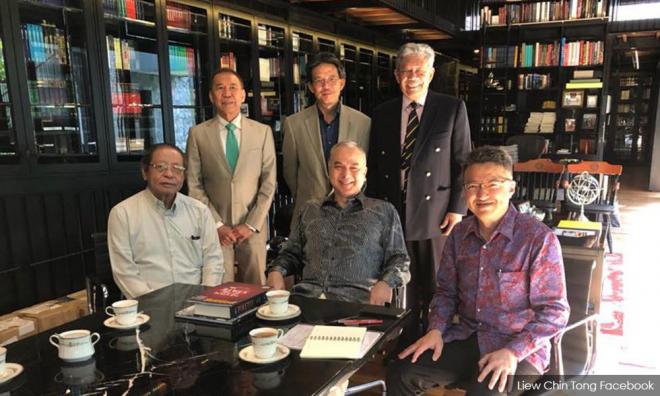 "This is the first time Lim was granted an audience with His Majesty. The two seemed happy talking about current affairs.

"His Majesty was wise and generously shared his knowledge with us," wrote Liew, who is also the deputy defence minister.