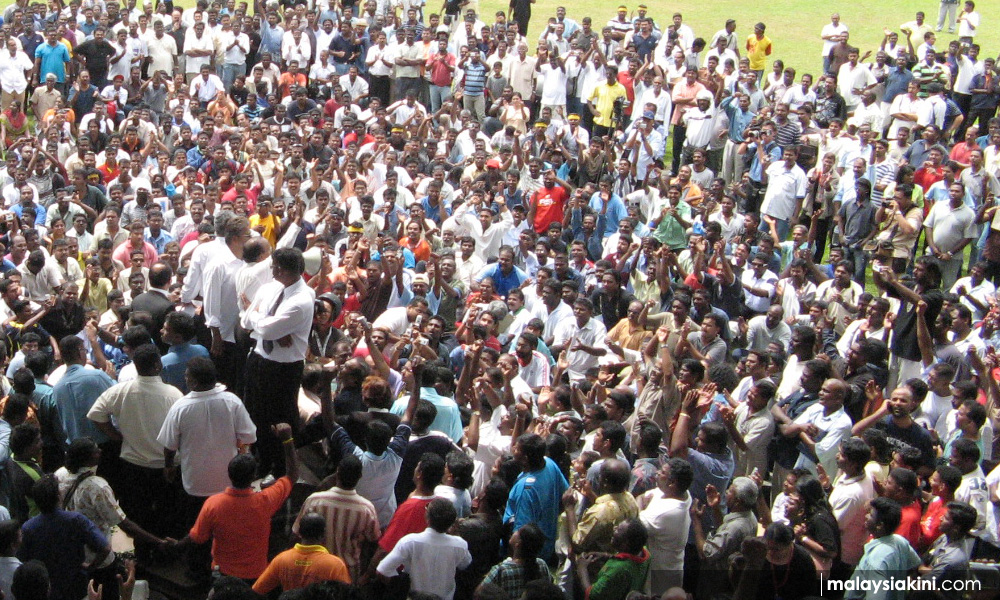 Mahathir must help the Indian community begin a new era

But the Malaysian Indian Blueprint (MIB), launched by the previous government, has been hibernating for so long and needs Mahathir’s urgent intervention and enforcement.

The question before us now is, why is Waythamoorthy "sitting too long" on the blueprint? Now that he is a minister, what are his action plans to continue the participation of the Indian B40 group in the national agenda - promoting home ownership, empowering women, equipping them with religious/moral values and development of Tamil schools?

Waythamoorthy has been controversial and vociferous in criticising the previous prime minister, pointing out that even though the previous government had proposed many development programmes to help the Indian community, not all of them had reached the people.

On many occasions, he has made disparaging remarks about the previous government, which had created unease in our multi-cultural society.

The MIB must adopt an inclusive approach and not be a Hindraf’s or MIC agenda. Don’t just toy with the people’s sentiments just to gain votes and support.

We don’t see any concentrated effort by Waythamoorthy (photo) to improve the quality of life of poor Indians and wonder when the MIB will be ready.

The Indian community doesn’t need piecemeal solutions. What efforts are being made to improve the quality of their life in every sector?

Not all Indians depend on government assistance but those who need it are best served by the government. The prime minister must set the direction for the Indian blueprint.

The repercussions of not having a good blueprint will leave us with a "downtrodden generation".

The Indian issues have always been looked at seasonally. This should not be the case. The plight of the community must be monitored constantly. There is a pressing need for the government to solve the woes of the Indian community or else pay the price in the future.

Mahathir must look into all these pressing needs of the Indian community and give the blueprint the attention it deserves. He must help the community begin a new era.