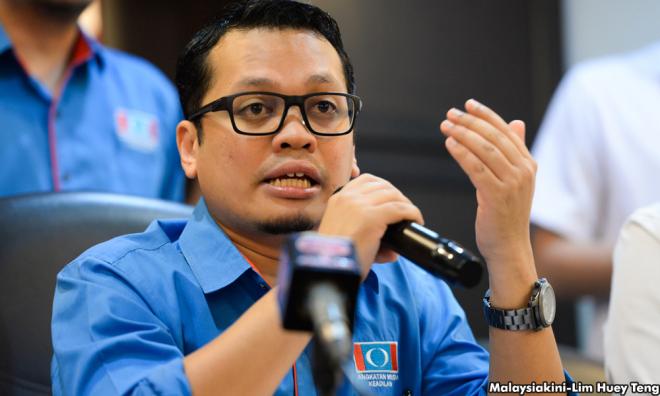 Be consistent on judiciary, AG 'dancing' with executive - Nik Nazmi

PKR leadership council member Nik Nazmi Nik Ahmad has cautioned the judiciary and executive to be mindful about how they mingle in public.

Commenting on the video of the Chief Justice Richard Malanjum, attorney-general Tommy Thomas and Minister in the Prime Minister's Department Liew Vui Keong dancing, Nik Nazmi said there must be a consistent stand about the two branches of government fraternising.

"Dancing at a private event is a personal matter. But at an official event, leaders of the judiciary and executive must protect the judiciary's image as an independent institution with integrity.

"In 2016 we questioned when the attorney-general (Mohamed Apandi Ali) and ministers danced at a Merdeka event, we must be consistent," Nik Nazmi said tweeted today.

Earlier today, a video surfaced of Malanjum, Thomas, and Liew dancing to the 1960s tune of “Let's Twist Again” by American rock 'n' roll singer Chubby Checker during the Opening of the Legal Year 2019 gala dinner.

The event, which was organised by the Sabah Law Society, had been held last night at the Magellan Sutera Resort in Kota Kinabalu, Sabah.

Umno Youth chief Asyraf Wajdi Dusuki said the conduct of those in the video was an embarrassment to the judicial and legal institutions of this country.

Previously in 2016, lawyer Haniff Khatri Abdulla had questioned why Apandi - who was the attorney-general then - was dancing with BN ministers at that year's national Merdeka celebrations.

Haniff, who is a lawyer for Prime Minister Dr Mahathir Mohamad, said Apandi's behaviour was unbecoming of an attorney-general, particularly as the then BN government was embroiled in the 1MDB scandal.