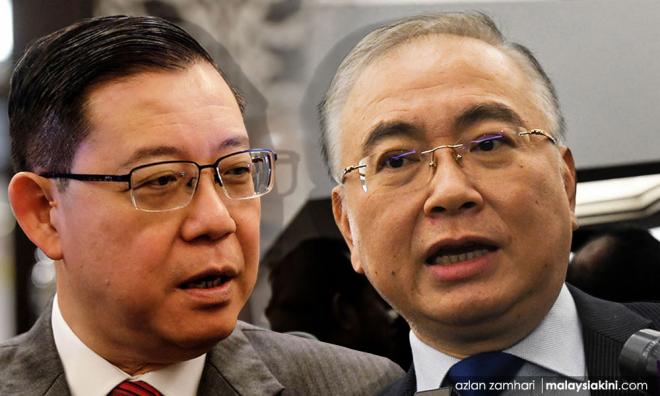 Lim did not name Wee, but noted claims disputing Harapan's role in the record tax collection of RM137.035 billion by the Inland Revenue Board (IRB) in 2018.

Wee had said the tax collection was normally based on the preceding year, which meant that the 2018 figure was based on income generated in 2017, when BN was in power.

However, Lim in a statement today said the country has been using the current year tax assessment system since 2000.

"The increase in collection of RM13.72 billion or 11.13 percent last year, was based on the assessment and economic development of the same year.

"It is not based on the economic assessment in 2017 as claimed by some. Instead, it reflects the economic strengthening and expansion based on the government's principles of competence, accountability and transparency."

Lim said with regard to revenue generated from the Sales and Services Tax, the Royal Malaysian Customs' collection of RM5.4 billion from Sept 1 last year until the conclusion of the year was 34 percent higher than projected.

"This increase is due to the government's efforts, especially in helping businesses to gain an understanding through nationwide engagement," he said.