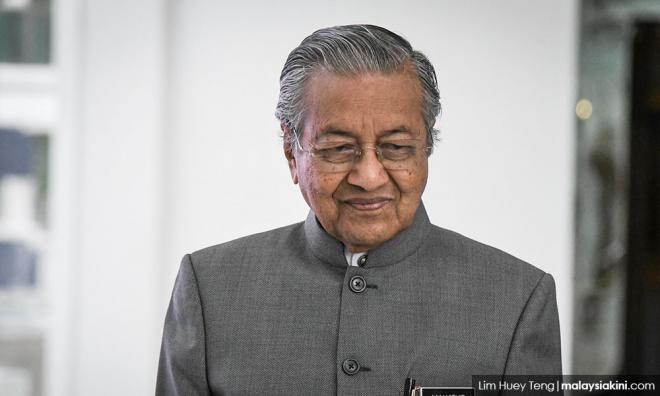 Prime Minister Dr Mahathir Mohamad said the number of corruption cases being reported is increasing after the new Pakatan Harapan government put in place efforts and policy to fight graft.

He said that the people and whistleblowers were no longer afraid to report graft cases since the government is now more open in receiving such cases.

"When we ask the MACC, they said surprisingly the number of cases is increasing. But these (cases) are not during the new government, but the previous government," said Mahathir during his lecture themed 'Fighting Corruption in Malaysia: Achievements, Challenges and Perspectives' at the International Anti-Corruption Academy (IACA), in Laxenburg, Austria yesterday.

He added that the government was giving them protection under the whistleblowers act.

Elaborating on graft, he said it was categorised into two sections, namely ‘over the table’ and ‘under the table’.

He said that if a country was in the ‘over the table’ stage, it could create trouble as people would offer bribes voluntarily for services from government officers and thus become a norm of society.

"When a country is at the under the table stage, there is still hope to fight corruption as people don’t (willingly) offer bribes, but are forced to do so," he said, adding that it was impossible to eliminate corruption if the country was in the over the table stage.

The prime minister said the government was doing everything to reduce graft, if not eliminating the vice totally, and that while nobody was above the law, the law alone was not enough in the fight against graft.

In Malaysia, he said, among the efforts taken by the government to fight corruption was the declaration of assets by all ministers, including himself, to the MACC.