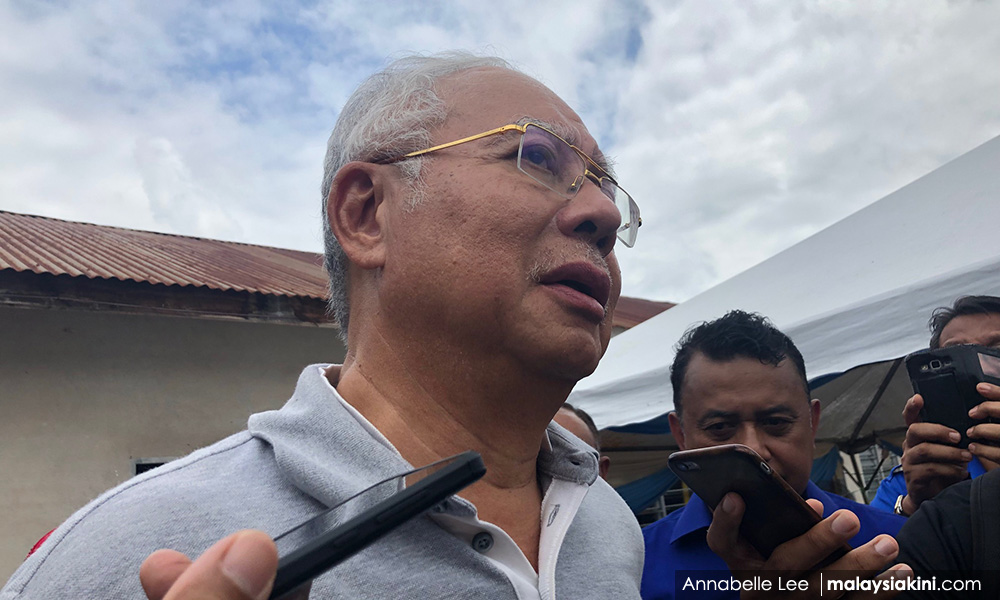 Day 11: Packed schedule ahead for Najib as polls near

CAMERON POLLS DAY 11 | It is now Day 11 of the Cameron Highlands by-election campaigning period, with the polls just four days away.

Early voting takes place today, and some of the candidates are scheduled to visit the polling stations in the morning, before continuing with their campaign programmes.

Malaysiakini brings you live reports of the campaign on the ground.

11.30pm: This concludes our live coverage today of the Cameron Highlands by-election campaign. Follow our live blog again for the 12th day of campaigning tomorrow.

Packed schedule ahead for Najib on BN campaign trail

9.30pm: With the by-election just days away, former prime minister Najib Abdul Razak is returning to Cameron Highlands to stump for BN, and his schedule is packed.

Tomorrow, Najib will spend a whole day campaigning in Jelai, starting in Kampung Lubuk Kulit at midday and end with an event in Pos Pantos at 10.15pm.

He will also campaign on Thursday, starting at Felda Sungai Koyan 1 in Jelai at 8.30am, and make his towards Tanah Rata, where he will pay a visit to the BN operations room in Kampung Raja in the evening.

The Pekan MP previously spent two days in Cameron Highlands, from Jan 17 to 19.

No aid because we didn't back BN, say Felda settlers

4.40pm: Felda Sungai Koyan - A group of second-generation Felda settlers here claim they have been sidelined from receiving aid as they are not BN supporters.

"People on the fence like me were blacklisted. Hardcore PAS supporters like me get nothing (in aid)," Norafandi Daud, 54, says at a press conference.

Meanwhile, another second-generation settler, Ramesh Kumar, said many among them are unable to get decent work due to limited available opportunities.

The group hopes that the Pakatan Harapan federal government will help ease their plight, as well as improve road conditions from Jelai to Raub and Kuala Lipis.

4.35pm: Cameron Highlands - Voter turnout is at 80 percent as of 3pm, the Election Commission says.

Yesterday, Wan Rosdy had said “I help you, you help me” during his speech in Tanah Rata, where he later brought up the issue of temporary occupancy licenses (TOLs).

“Don’t believe him (Wan Rosdy)... because, at the end of the day, he has to solve these problems (related to the state).

“He will approve these licenses because they want the tax (on the licenses),” Chiong tells reporters.

“I help you, you help me,” was a phrase famously used by former prime minister Najib Abdul Razak leading up to the 14th general election last year.

9.45am: Brinchang police station - BN candidate Ramli Mohd Nor arrives at the polling station, but does not enter the grounds.

Dressed in a black jacket zipped up to the top, the retired top cop stands at the gates, and waves at police officers queuing up along the corridors on the upper floors of the building.

After a couple of minutes, Ramli walks back to his car, where he waves at the media before he is driven off.

Election offences - EC has done all it can, says Azhar

He says the current laws only enable the police and the MACC to investigate any potential election offences, and that it is out of the EC’s jurisdiction to take action in such matters.

“If the rakyat or any party want the laws to be changed, then they need to ask their MPs to bring a motion to pass this law in Parliament.

“If I were to do something outside of my jurisdiction, then my action would be illegal. I could be arrested by the police,” he says to reporters.

With regards to purported election offences during this by-election, Azhar said he has done everything under his powers.

“We have done everything such as giving information to the MACC and the police, I have also given advice and issued warnings.

“The candidates have also signed election pledges. That’s all that we can do,” he said.

At the same time, he said he has seen improvements in election practices, as parties are starting to check each other on potential election offences.

9.05am: - The turnout of early voters is at 20 percent as at 9am, the Election Commission says.

After a quick visit, he tells the media that he was so excited about today’s early voting that he could not sleep last night.

He also says he has been preparing “100 percent” for the candidates’ debate tomorrow night.

“I am not a politician, I am just a farmer... but I will try my best to answer the political questions,” he says to reporters outside the polling station.