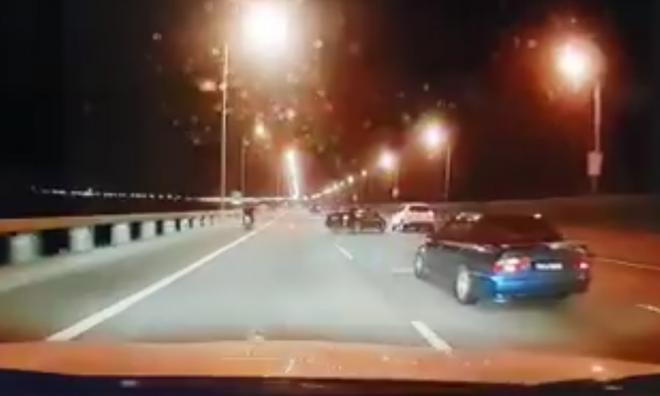 Plus Malaysia Berhad (Plus) will propose that the government install speed cameras on the Penang Bridge and increase the number of such cameras on all its highways.

Managing director Azman Ismail said the installation and increase in the number of speed cameras were aimed at reducing accident rates on highways.

“At present, the Penang Bridge only has CCTV. So, in our proposal to increase speed cameras on our highways, we included Penang Bridge,” he told reporters after the launch of the Chinese New Year Op Selamat 14 at the Seremban R&R today.

The event was launched by deputy inspector-general of police Noor Rashid Ibrahim.

Commenting further, Azman said the installation of the speed cameras was subject to permission from local authorities.

Azman said Plus would also review the need to reduce the speed limit, as well as the height of the wall on Penang Bridge, depending on the findings of the investigation into the accident at Kilometre 4.0 on the bridge recently.

“All depends on the findings of the investigations into the accident there. At present, the speed limit on the bridge is 80km per hour, while the wall is in accordance with the British Standard 5400 (BS 5400).

“Whether the speed limit needs to be reduced and the height of the wall increased depend on the full report of the investigations into the accident,” he said.

Azman said the rate of fatal accidents on the Penang Bridge dropped by 54 percent in 2018 compared to 2017.

Last Sunday, a sports utility vehicle Mazda CX-5 plunged into the sea after it was involved in an accident with a Toyota Vios car along Kilometre 4 of the Penang Bridge.

The accident is the fifth to occur on the bridge between 2010 until today.