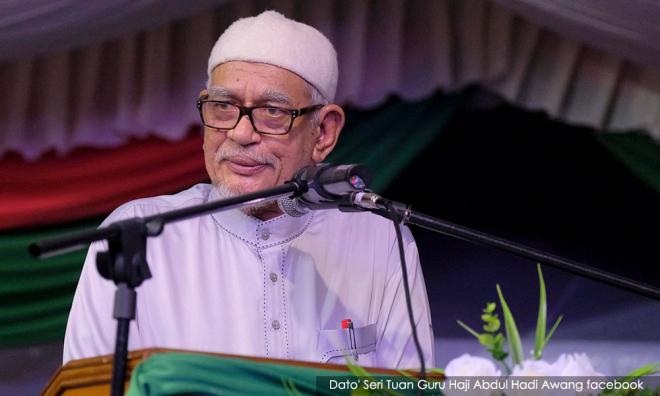 PAS president Abdul Hadi Awang said he cannot recall being nominated for the prime minister's post prior to the 13th general election when the Islamist party and DAP were allies in the now-defunct Pakatan Rakyat coalition.

Responding to DAP veteran Lim Kit Siang, he claimed that the latter could be just making an assumption regarding the matter.

Yesterday, Lim alleged that PAS' move to label DAP as anti-Malay and anti-Islam stemmed from its disappointment after failing to get the party's backing for Hadi to be the prime minister-designate during the 13th general election.

"Before the 13th general election, Hadi, through the PAS leadership, approached me to broach the subject of a prime ministerial-designate on the ground that (PKR president) Anwar Ibrahim was not a suitable candidate.

"[...] It is because DAP refused to support Hadi as prime ministerial candidate that he is now telling lies about the DAP being anti-Malay and anti-Islam," he added.

Lim's claim of Hadi's intention to be prime minister was made before, in 2016, with the DAP veteran asserting then that DAP and PKR would not support the proposal.

He also said this was the reason Hadi would side with Umno even if it meant turning a blind eye to the then prime minister Najib Abdul Razak's alleged wrongdoings.

However, in his statement yesterday, Lim said prior to GE13, PAS leaders initially suggested veteran Umno politician Tengku Razaleigh Hamzah as a suitable premier candidate instead of Anwar.

He added that PAS later "dropped the subject" when DAP held its stance in supporting Anwar for the role and when DAP did not suggest Hadi instead.