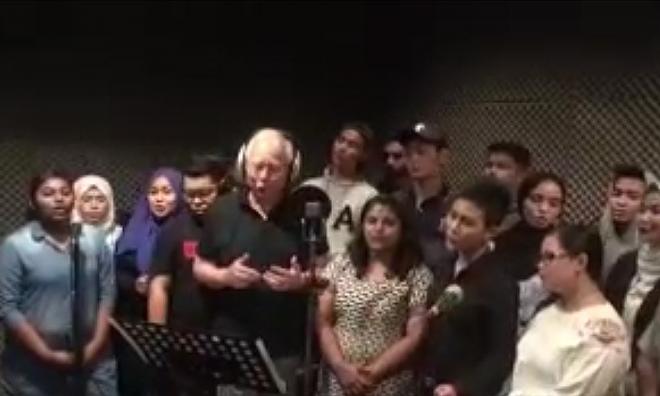 Ahead of SRC trial, Najib croons about his innocence

Instead of following the romantic tone of the original, Najib turned the famous spoken words intro into a spiel about persecution by Pakatan Harapan.

When the chorus hits, Najib and their cohorts crooned, "Harapan setinggi gunung, berderai menjadi debu," (Hopes as high as the mountains, it can crumble, can become dust).

The Black Dog Bone song was, in fact, a cover of US R&B group The Manhattans' famous 1976 song Kiss and Say Goodbye.

Of late, Najib, who is facing several corruption trials all related to the 1MDB affair, has been busy reinventing himself as the people's champion.

He takes pride that he "trolls" the Harapan government on social media and recently adopted the "Bossku" persona designed to make him more personable.

He has been BN's most prominent vote canvasser for the ongoing Cameron Highlands by-election campaign with schedules spanning from dawn to dusk.

On Feb 12, Najib is scheduled to be tried for criminal breach of trust and laundering RM42 million in relation to a former 1MDB subsidiary SRC International Sdn Bhd.

Najib's lawyers are attempting to have the trial postponed.