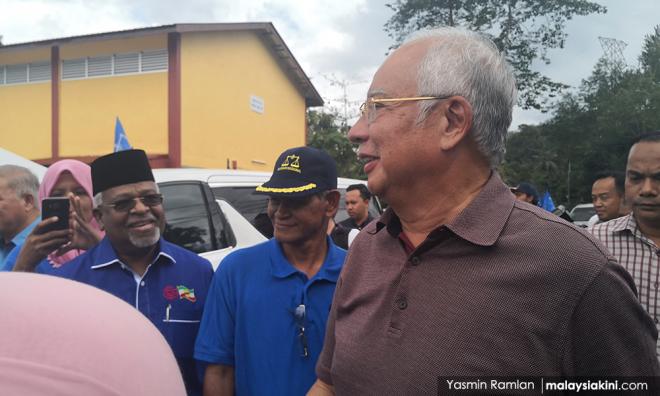 CAMERON POLLS | Former prime minister Najib Abdul Razak continued to poke fun at the Pakatan Harapan government over its failure to deliver on several of its election promises months after the coalition's historic win at the national polls.

Speaking to a crowd of about 100 BN supporters at Kampung Lubuk Kulit in Cameron Highlands, Najib pointed out that it was almost nine months into the rule of the new government and compared that to human pregnancy.