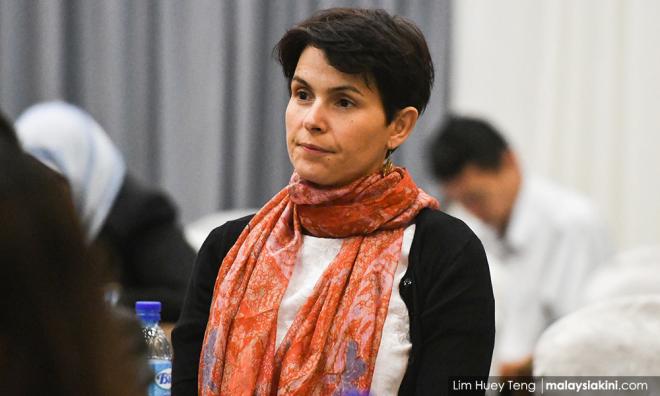 The Immigration Department will carry out an internal probe into the alleged intimidation and bullying of French researcher Sophie Lemiere by the department's officers at KLIA2.

In a statement today, the department's director-general Khairul Dzaimee Daud also vowed to cooperate with the police in its investigations into the matter.

"The Immigration Department takes seriously allegations by the subject against its officers. The department will conduct a thorough probe to ascertain if the standard operating procedure was adhered to in the matter.

"(During the incident) the subject (Lemiere) had arrived at the Immigration counter at KLIA2 and found that her name was flagged under the 'suspicious list' (senarai syak). The Immigration officers then followed the SOP and brought her to the department's operations room for further checks.

"The officer on duty then contacted a representative from the agency (police) which had flagged the subject and tried to explain the situation to the subject.

"According to the subject, this is when a misunderstanding occurred between her and several immigration officers – from the point she was taken to the operations room, until she was subsequently allowed to enter the country," he said.

Since both Lemiere and the officers involved have lodged police reports on the matter, the Immigration Department will provide cooperation to the police, Khairul (photo) added.

"At the same time, the Immigration Department will conduct an internal probe on the incident. As the immigration director-general, I will ensure the department remains professional in carrying out its duty and does not compromise which can jeopardise the country's border safety," he added.

Lemiere, who authored the 2017 book Illusions of Democracy: Malaysian Politics and People, faced the predicament upon her arrival in Malaysia about 9pm on Monday.

She was in the country for a conference at the invitation of Deputy Defence Minister Liew Chin Tong.

Following her attempt to explain to Immigration officers that her flagging by the police was due to her research during the rule of previous BN government, Lemiere claimed that one of the officers screamed at her, and that another female officer called her "sh*t" and "stupid" several times.

The Malaysia specialist at the Ash Center for Democratic Governance and Innovation at Harvard University was eventually released around 9.55pm.

Lemiere lodged a police report on the episode, at the Petaling Jaya police headquarters last night.

An Immigration Department spokesperson had told Malaysiakini that the officers involved have also filed reports on the matter.