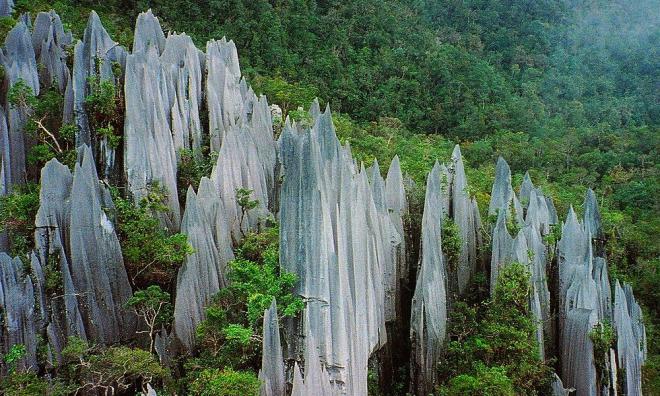 The villagers from Bateu Bungan, Long Terawan and Kampung Melinau were concerned about the destruction of their forests by oil palm companies, reported The Borneo Post today.

These companies were said to have disregarded the traditional land rights in the area adjacent to the national park. The villagers blamed these companies for taking away their livelihoods.

The natives also want the rainforest and the area surrounding Gunung Mulu National Park to be preserved.

“We wish it will stay as our home, the home of our children and all the future generations," according to the joint letter, which was thumb-printed by the chief of Bateu Bungan, TK Ukau Lupung, and signed by Long Terawan Action Committee representative, Willie Kajan.

"Since time immemorial until today, we live in and highly depend on our beloved forest. We cannot accept it to be destroyed and transformed into a plantation," they said in the letter.

“Rather than losing it, we want to protect the diversity of the surrounding of the Mulu World Heritage Site in the heart of Borneo. It should remain as an attraction for tourists and important ecosystem for the whole world,” they added.

The Mulu natives also reportedly claimed that the oil palm companies had never consulted them although they had resided there for generations.

“We strongly oppose the plantation because it will not be good for us. We kindly ask for our native customary rights to be respected and to let us live in peace and in harmony with our forest,” said the letter.

A copy of the letter was also sent to Primary Industries Minister Teresa Kok, as well as Works Minister Baru Bian, who hails from Sarawak.

The Gunung Mulu National Park was the first location in Malaysia to be identified as a world heritage site by the United Nations Educational, Scientific and Cultural Organisation (Unesco).

According to Unesco, the park is “outstanding” for its high biodiversity and karst features.