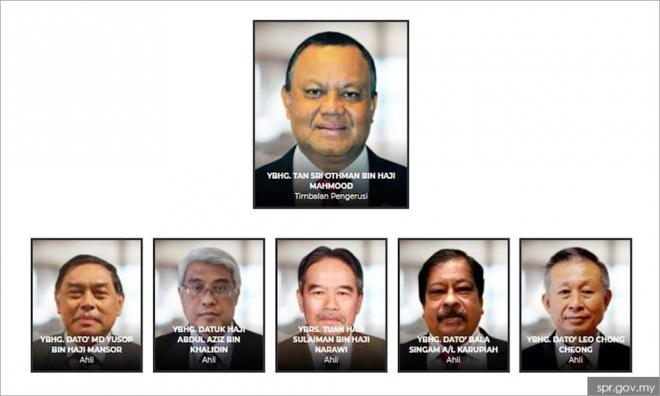 A tribunal has been set up to investigate allegations of misconduct committed by the EC in the run-up to and on the day of the 14th general election.

Attorney-General Tommy Thomas, in a statement, said the tribunal comprised five members who are retired judges of the Federal Court.

"The tribunal will convene in Klang on Monday at 10am to deliberate on matters pursuant to their mandate by the Yang di-Pertuan Agong in relation to the following six members of the EC."

Thomas said the counsel assisting the tribunal in the matter are M Puravalen of the Malaysian Bar and M Kogilambigai and Ann Khong Hui Li from the Attorney-General's Chambers (AGC).

On Oct 17 last year, it was reported that the government had begun the process of setting up the tribunal.

This was followed by the resignation of six EC members with the last resignation tendered on Nov 27. All their resignations took effect from Jan 1 this year.

It was not immediately known why the former EC chairperson Mohd Hashim Abdullah (above) is not subject to the tribunal.

Malaysiakini has contacted the AGC for clarification.

Hashim shortened his tenure and left the EC on July 1 last year.

"The shortening of his service tenure has been approved by the Yang Di-Pertuan Agong and informed through a letter from the Comptroller of the Royal Household dated June 7, 2018," the EC said in a statement last year.