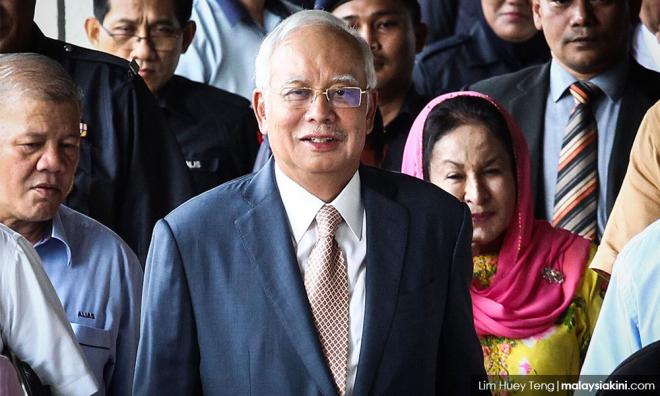 CAMERON POLLS | There are four candidates contesting for the Cameron Highlands parliamentary seat. But two others are also battling each other on the hill – DAP veteran Lim Kit Siang and former premier Najib Abdul Razak.

In his latest salvo, Lim urged outstation voters to return to cast their ballots in Saturday's by-election in order to prevent Najib's political comeback.

The Iskandar Puteri MP warned that the contest would have far-reaching consequences for the nation and future generations.

“For this reason, I call on every outstation voter in Cameron Highlands to take the trouble to return home to cast his or her vote.

Prior to the last general election, Lim made a similar call urging Malaysians to save the nation from Najib and his administration, which was described as kleptocratic.

According to the DAP leader, Najib has made himself the BN campaigner-in-chief for the polls to gauge if he could make a comeback and even return as prime minister in the next general election.

“Najib wants to make the Cameron Highlands by-election the launching-pad for his 'Save Najib' campaign, which will be the opening salvo of his 15th general election agenda to make a political comeback and return as prime minister.

“The first national objective of the by-election is therefore for the Cameron Highlands voters to represent the nation to say three 'nos' – 'no to Najib', 'no Najib political comeback' and 'no Najib return to Putrajaya as prime minister',” he added.

Lim also cited other important national objectives with regard to the by-election, which included the need to reject the formation of a new political union between Umno and PAS.

He also urged Cameron Highlands voters to reject the politics of race, religion, hate, lies and fear, which he accused Umno and PAS of propagating.

BN is fielding a former senior police officer Ramli Mohd Nor whereas Harapan has entrusted the task of capturing the seat to DAP's M Manogaran for the third time.

There are also two independent candidates in the race.