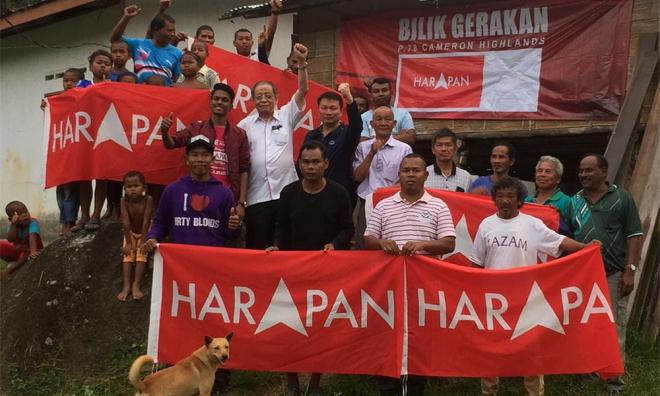 Only a miracle can stop Najib's win in Cameron, says Kit Siang

With less than nine hours to go before the campaigning period ends at the stroke of midnight, the DAP veteran said BN appears poised to retain the parliament seat.

According to Lim, the miracle which would prevent Harapan candidate M Manogaran's defeat and Najib's success is the unexpected influx of outstation voters.

He said Najib chose this by-election as a launchpad for his political comeback instead of the four previous by-elections since GE14 because BN was expected to win the seat.

“Without an unexpected influx of some 5,000-odd outstation voters to undo BN's advantage, Najib is sailing to victory in his selection of Cameron Highlands...,” he added.

Lim said if Harapan wins, Najib's hope of a comeback would be “crushed to smithereens” and the latter could bid a “final goodbye to Malaysian politics.”

“It is now in the hands of the outstation voters whether Najib can use the Cameron Highlands by-election to launch his 'Save Najib' campaign for a political comeback and return to Putrajaya as prime minister in the 15th general election by 2023,” he added in a statement this afternoon.

In an earlier statement, Lim said he had no intention of sparring with Najib in the by-election campaign.

He also challenged the former premier to issue a denial that he is asking the voters in Cameron Highlands to spearhead a “Save Najib” campaign which would culminate in a BN victory in the next national polls and his return as prime minister.

“Is it possible for Najib to convince Malaysians that his plans for the future do not include any political comeback or resumption of the powers of the prime minister?

“Will Najib renounce any plan for a political comeback?” he asked.