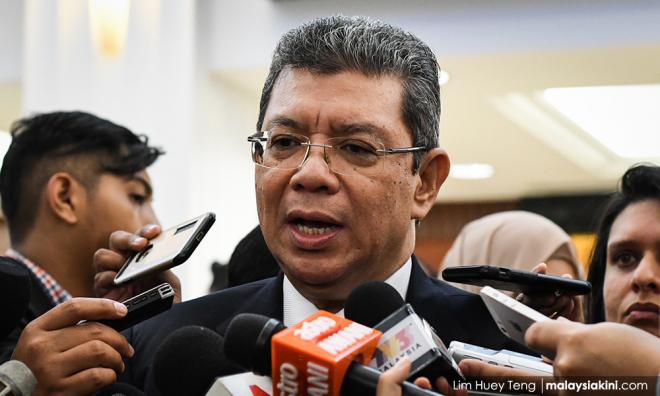 Saifuddin held separate meetings with foreign ministers from Hungary, Italy, Luxembourg, Romania, Spain, and the EU, as well as the European Parliament's Committee on Foreign Affairs and its two vice-presidents during his working visit to attend the 22nd Asean-EU Ministerial Meeting from Jan 21-23.

“At the top of Malaysia’s agenda was the palm oil issue. The minister underlined the country’s commitment to sustainable production of palm oil and sought endorsement for the Malaysian Sustainable Palm Oil (MSPO) certification scheme.

“He called on the EU and its member states to facilitate Malaysia’s development of sustainable palm oil, including disseminating accurate information and giving fair treatment to palm oil, stressing that free trade should also be a fair one,” Wisma Putra said in a statement.

The foreign minister reiterated that the Malaysian oil palm industry is dedicated to enhancing productivity and yields, rather than opening up new oil palm plantations, as claimed by some quarters in Europe.

Saifuddin reiterated that Malaysia’s ongoing cooperation with internationally recognised certification bodies such as the International Sustainability Carbon Certification is a testimony that the MSPO implementation is an integrative, rather than a stand-alone pursuit.

Wisma Putra commended Italy for signing the Amsterdam Declarations Partnership in 2017, through which the signatories declared support for sustainable palm oil in Europe.

On other issues, the foreign minister highlighted Malaysia’s promotion of participatory democracy based on the rule of law, pointing out that the country’s primary agenda include implementing reforms, as well as enhancing human rights protection.

Saifuddin also highlighted the humanitarian assistance extended by Malaysia to the Rohingya, including operating a field hospital in Cox’s Bazar and providing access to education for Rohingya children in Malaysia.