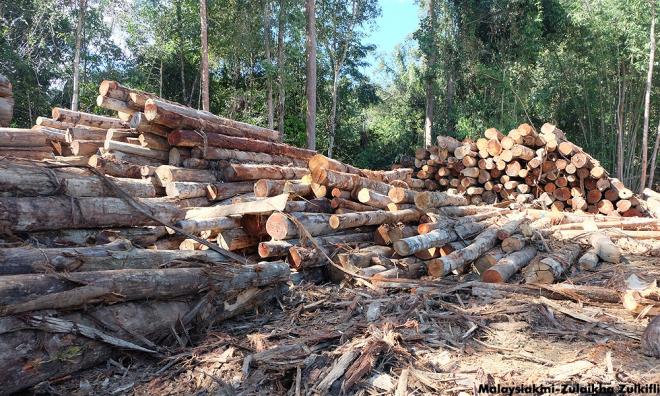 Azmin said the oil royalty issue should not be used as an excuse to damage the environment by allowing logging activities to continue.

"Regarding the issue of royalty payments, we have stated that the federal government would comply with the provisions of the law. But this is about the environment, and we want all states (to comply), not just Kelantan. While we want the state to be developed, the environment must be protected. That's all.

"They cannot say that if there is a delay or failure to receive royalty payments, the state's (natural resources) have to be destroyed (to make up for the shortfall). We will not allow it," he told reporters after the launch of the 3R On Wheels programme in Kuala Lumpur today.

Azmin was commenting on a statement by Kelantan Deputy Menteri Besar Mohd Amar Nik Abdullah last Wednesday, that the state government was ready to stop all logging activities if the federal government could settle all oil royalty payments as promised.

Amar said the oil royalties amounting to RM700 million a year would be far more sufficient for the development of Kelantan compared with the RM100 million a year through logging activities.

However, he did not state an exact amount, or a timeline for the payment to be made.