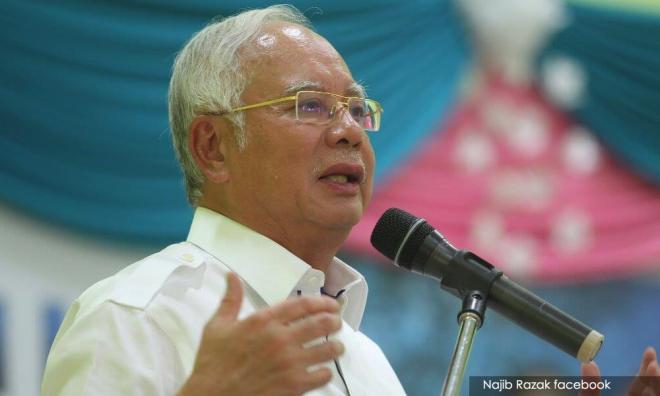 This is because Selangor's liabilities to the federal government are at RM25 billion, compared with RM3 billion for Pahang, Najib said in a Facebook post.

Lim had also harped on Pahang's RM3.18 billion debt to question whether the state government could afford to develop the state.

Najib, in explaining his point about Selangor, attributed the state's liabilities to the RM25 billion channelled by Putrajaya between 2010 and 2018 for Selangor's water assets and water restructuring exercise.

He said Selangor's deal with Putrajaya was for the federal government to buy its water assets, which the state then rents-to-buy.

"Selangor pays back the federal government through mortgages, that is a payment of around RM750 million per year for 45 years, before these assets are returned to the state," Najib said.

Comparatively, he said, Pahang has actual debt because it borrowed from Putrajaya directly, but it remains the owner of its assets.

"Even though both methods involve the federal government allocating funds to the states, (Selangor's) method does not count as official debt because it is classified as a mortgage.

"Nonetheless, both methods require the state government to pay back to the federal government," he added.

Najib then railed against Lim for not portraying the real situation when attacking Pahang over its debts.