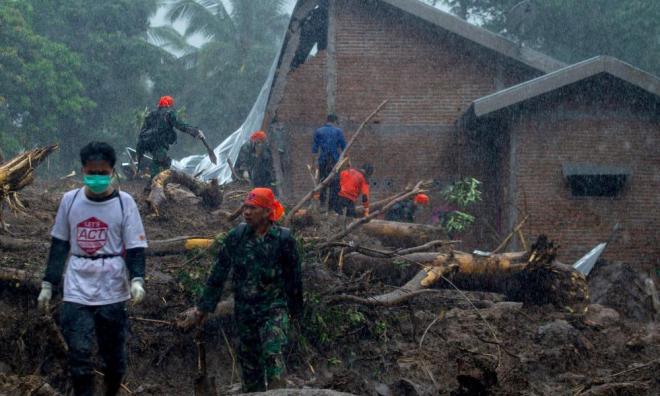 The death toll from torrential rains that triggered landslides and floods on an Indonesian island has climbed to 68, reported the Anadolu Agency on Sunday.

At least 47 people were injured and seven others remained missing in disaster-hit Sulawesi, according to Sutopo Purwo Nugroho, spokesperson of the National Disaster Management Agency.

The heavy rains hit at least 13 districts across the island, including Makassar, the capital of South Sulawesi province.

Over 6,700 victims were evacuated to safe areas, Nugroho added.

Meanwhile, Indonesian Vice-President Jusuf Kalla said in a statement that the government is going to pay compensation of 15 million rupiah (RM4,390) per person to families of the victims, who lost their lives in the disaster.

Landslides and flooding are common in Indonesia, especially during the monsoon season between October and April, when rain lashes the vast tropical archipelago.