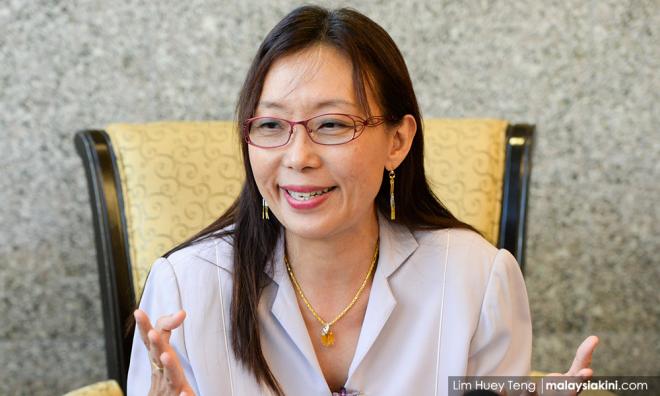 The sixth ministerial meeting of the Council of Palm Oil Producing Countries (CPOPC) next month will discuss, among others, trade policy issues affecting members, sustainable production of the crop and activities towards strengthening cooperation in the industry, Primary Industries Minister Teresa Kok said today.

Kok said the meeting, to be held on Feb 28 in Jakarta, will discuss the development of smallholders in member countries, namely Malaysia, Indonesia and Colombia, which recently joined the CPOPC.

“We want the council to play an important role in ensuring the survivability of palm oil in the oils and fats market.

"As CPOPC chairperson this year, Malaysia will also use it as a platform to strengthen collaboration and counter any discriminatory actions against the golden crop,” she told reporters in Putrajaya today.

Kok noted that Malaysia is looking at more positive roles that the council can play for palm oil producing countries, and to give the industry a greater platform to represent its voice.

She said it is critical for the CPOPC to ensure that the 650,000 smallholders in the country are safeguarded.

Palm oil industry veteran, Yusof Basiron, who has been appointed an adviser to the council, said the usage of palm oil for biodiesel was seen as helping to reduce the commodity’s stockpile which is at more than three million tonnes currently.

“From B5, we have implemented the B7 and B10 programmes. This will help reduce the stockpile and improve the price of crude palm oil.

“In addition, we need to export more to other countries, for example through (import duty) exemption,” the former chief executive officer of the Malaysian Palm Oil Council said.

To recap, the export of Malaysian palm oil to India increased when the Indian government reduced import duties to 40 percent from 44 percent.

“This is a mechanism that the CPOPC member countries can discuss during the meeting next month. We want more for palm oil,” he said, adding that the price of CPO had increased slightly.

She also said Thailand was a friend to the palm oil industry.

Asked if the country (Thailand) would also join the council, she said: “Malaysia and Indonesia export palm oil... not so much by Thailand. It is only using the crop for its internal use, but at the EU meetings, Thailand always presents itself as a friend to palm oil.”

The CPOPC was established on Nov 21, 2015, to safeguard the interest of palm oil producing countries through the promotion of consultation on the development of the industry, enhancing the welfare of oil palm smallholders, addressing trade impediments and promoting market accessibility.