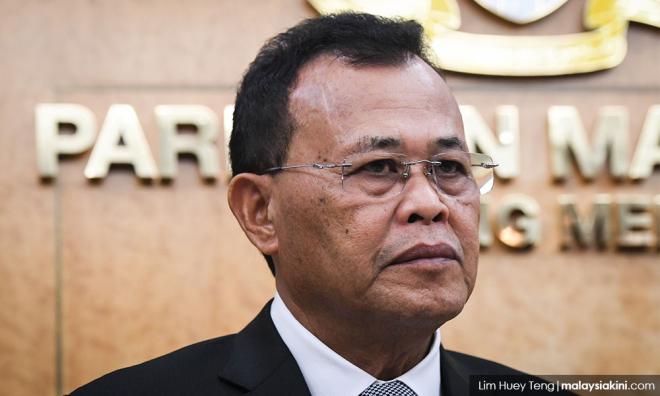 Civil servants in Johor should work like Prime Minister Dr Mahathir Mohamad, and to use it as an aspiration in their career, as well as in the efforts to provide the best services to the people, said Menteri Besar Osman Sapian.

He hoped the civil servants in the state would adopt KSM, the acronym which stands for ‘Kerja Seperti Mahathir’ or ‘Work Like Mahathir’ – slight alteration from the original KSM or ‘Kerja Sampai Mati’ (Work Till Death) coined by the prime minister himself during the recent Cameron Highlands by-election – to serve the people.

“I want to borrow Prime Minister Tun Dr Mahathir Mohamad’s KSM, the award he adored most, and although he said it in jest, it gives such a deep meaning, coming from a 93-year-old leader.

“By joining the civil service, it indicates that one chooses to serve the people and the state and I hope that all of us can apply the altered version of ‘KSM’ (Work Like Mahathir) in carrying out our task,” he said when delivering a mandate to officials and staff of the Johor civil service in Iskandar Puteri today.

Osman said in the context of today’s changing world, the 8am to 5pm routine was also seen as incompatible with the current government’s aspirations.

He said civil servants should always be productive and dynamic in carrying out trust and responsibility.

“However, if it is necessary to work beyond office hours to ensure that all programmes are in line with the deadline, please do so with sincerity.

“All of you must give full commitment to the new government, help us carry out the tasks that ultimately benefit the people. Let’s work together because all of you are the backbone of a government’s success,” he said.

He also wanted the civil servants in the state to prove their level of professionalism by supporting the current government’s aspirations in implementing programmes or initiatives.

Osman said that in line with the people’s high expectations on the new government’s administration, the civil servants must immediately realise of all the changes and policies introduced.

He said, after 61 years, there would be civil servants who were used to the culture of the previous government.

“Don’t let the delay in adapting to the new government’s aspirations that the people will start questioning the seriousness of this administration in implementing the main agendas of the New Malaysia,” he said.