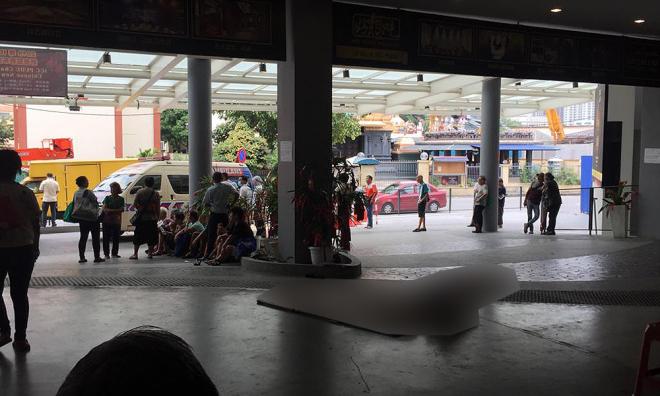 Two female senior citizens died while several others collapsed as a crowd rushed to get free limited food coupons at the ICC Pudu complex in Kuala Lumpur today.

Dang Wangi police chief Assistant Commissioner Shaharuddin Abdullah said a member of the public member had alerted the police at noon, informing that five to six people had fainted at the indoor wet market during the event.

He said a police team was dispatched to the scene where they found the deceased sprawled on the floor.

"They were believed to have died due to breathing difficulties. Preliminary investigations have ruled out foul play," Shaharuddin said in a statement.

Further investigations revealed that the organiser had allocated 200 free food coupons to be distributed to senior citizens between 11am and 1pm.

He said the remains of the two women were brought to the Kuala Lumpur Hospital for post-mortems.