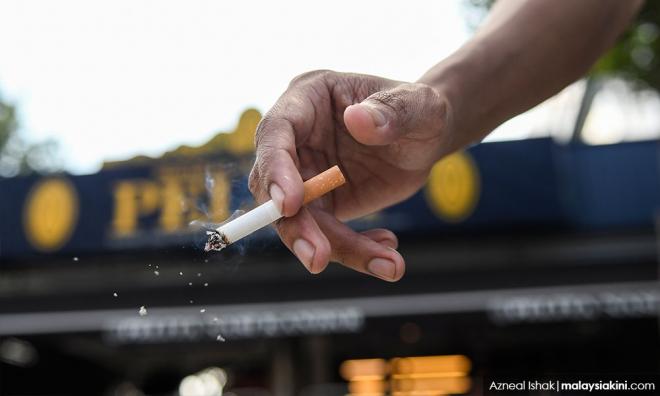 A group of seven smokers, calling themselves supporters of the Pro-Tem Pertahankan Hak Perokok (PHP, or Smokers' Rights Club) today obtained leave to initiate a judicial review to challenge the smoking ban at all eateries enforced by the Health Ministry on Jan 1 this year.

High Court judge Azizah Nawawi made the decision in chambers when the case came before her for mention.

However, lawyer Mohamed Haniff Khatri Abdulla, representing the seven individuals, said the court dismissed his clients’ application for an order to suspend the smoking ban, on grounds that the court had no jurisdiction to suspend a decision that involved a legal operation.

The application to suspend the ban was also deemed irrelevant, as the Health Ministry had issued a notice that enforcement of the ban would be implemented after six months, Haniff told reporters when met after today’s proceedings.

On Jan 2 this year, the Health Ministry issued a statement stating that only warnings and no compound notices would be issued to offenders during the first six months of the smoking ban.

They filed the ex-parte application at the High Court Registrar’s Office and named the Health Ministry as the sole respondent.

In the application, they claimed the smoking ban is a breach of the Federal Constitution because smoking is not a criminal activity and is legally valid.

They also stated that smokers have equal rights to non-smokers when they visit restaurants or other eateries, and that the government did not provide alternative locations for them to smoke.

Those who smoke constructively are pushed aside and discriminated from patronising eateries with the ban, they said, adding that the ban is against the law and not according to procedure as no discussion was held by the ministry with smokers.

The group added that the government also did not allocate alternative venues or provide allocations for operators of eateries to allocate a special area for smoking.

They are seeking a certiorari order to quash the Health Ministry’s decision on the smoking ban, and a declaration that its enforcement was unconstitutional.