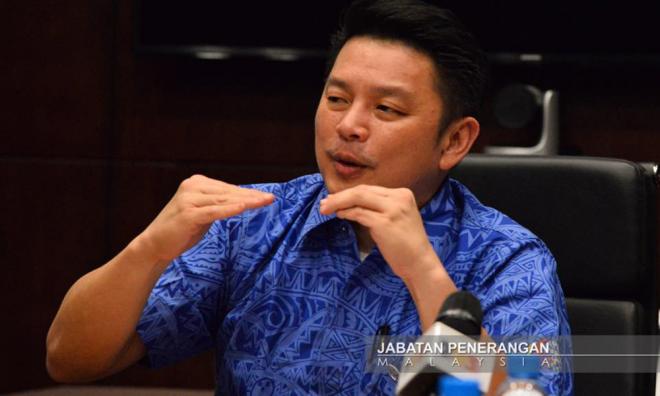 Over half of RCEP chapters have been finalised - Leiking

More than half of the chapters contained in the Regional Comprehensive Economic Partnership (RCEP) negotiations have been finalised, International Trade and Industry Minister Darell Leiking said today.

Leiking noted with the cooperation of all countries involved in the RCEP, the agreement could be concluded this year.

"This is the good thing about RCEP, we are always negotiating because there’s new innovation and new issues so that we can include the best terms for each RCEP country," he told reporters before delivering his special keynote address at the 2019 Malaysia Economic and Strategic Outlook Forum in Kuala Lumpur today.

He said the extended time required for RCEP negotiations was also due to the high standards of the agreement.

"The agreement will be of a much higher standard than any other agreement that we have entered into before," he said.

The RCEP countries account for about 45 percent of the world’s population and about one-third of the global gross domestic product.

Meanwhile, on the proposal by the government adviser Daim Zainuddin to merge the Foreign Affairs and International Trade and Industry Ministries, Leiking said he was aware of the issue but did not have the intrinsic information regarding the proposal.

"I think it is only a proposal and all decisions are made by the cabinet and the prime minister.

"It's always good that there are innovative proposals but it doesn't mean it will happen. It can only happen with the prime minister's decision," he said.

Daim, in a dialogue on Jan 22, called for the merger of the two ministries to look at how the Asean-China Strategic Partnership Vision 2030 could be used to improve the transparency of Chinese projects.