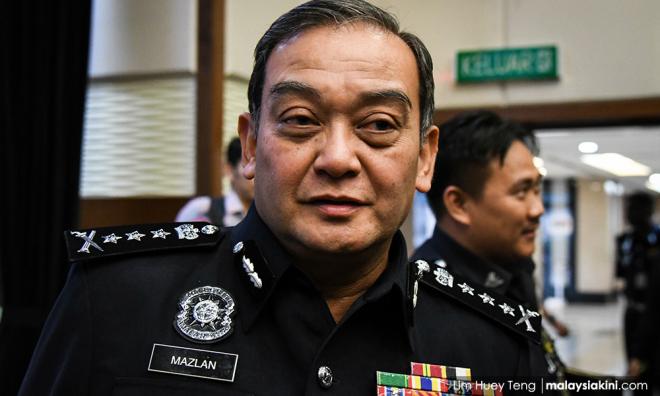 Inspector-general of police Mohamad Fuzi Harun said the appointment of Mazlan was to replace Saiful Azly Kamaruddin, who was acting on the post earlier.

“Based his experience as Perak CCID in 2005, I am sure he was prepared for the transformation agenda of CCID itself,” he said after attending the handing over of duty ceremony for senior police officers and presentation of the National Warriors Service award at Police Training Centre in Kuala Lumpur today.

"He (Rahim) is replacing Abd Jalil Hassan who was acting on the post earlier and, I believe Rahim will empower further the governance of the management department to regulate various aspects among them, training, career development, retirement and welfare of the police force.

"Rahim will also return to Kedah to carry out the duties of Kedah police chief while we find a replacement for him.

In another development, Fuzi said police would be taking action against Pakatan Harapan Cameron Highlands by-election candidate M Manogaran for wearing a shirt with the coalition logo at a polling centre based on an Election Commission report.

“We will study the aspect of the offence on whether it is related to the responsibility of the police, EC or the MACC,” he said.

Meanwhile, on the result of a urine sample of defence minister Mohamad Sabu's son, the IGP said the matter was being handled by the Kuala Lumpur Narcotics CID.

“I was told the report is still not back yet from the Chemistry Department and I want the urine result of Mohamad's son to be expedited,” he said.