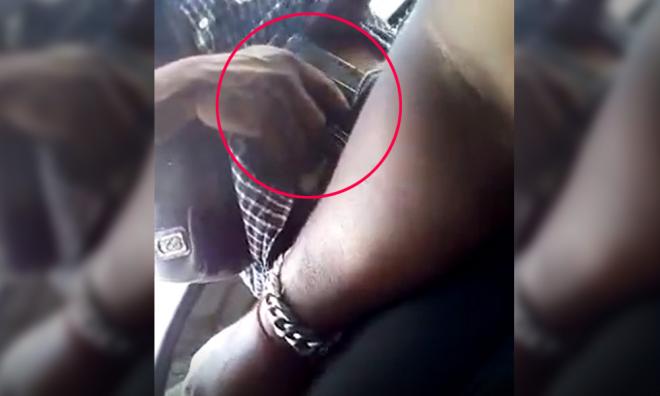 'Pay or your brother will die': Threat by 'cop' under probe

Johor police are investigating a viral video which allegedly depicts one of their own attempting to extort a man by flashing his weapon.

According to deputy Johor police chief Mohd Kamarudin Md Din, one of the two individuals in the video identified himself as a police officer attached to the Kulai district.

"The Johor police is aware of and will investigate this matter which has brought the image of police into disrepute.

"The matter will be thoroughly investigated, and action will be taken if there has been any abuse of power involving senior police personnel and officers of the Johor contingent," he said in a statement yesterday.

The two-minute 32-second video clip purportedly depicts a man being extorted by a police officer spewing expletives and racial slurs.

Based on the conversation between the two individuals, the victim was said to have owed the officer RM50,000, but had only paid off RM30,000.

The victim was warned twice that his brother, who is incarcerated, would die if the sum was not paid.