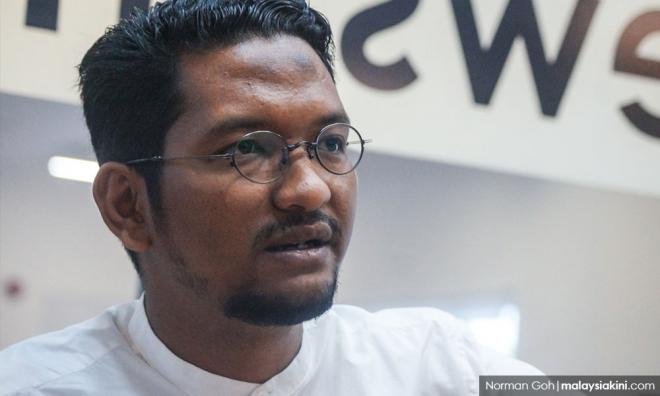 Malay rights pressure group Perkasa has accused Sheikh Omar Ali of being a "liberal" as he is a member of DAP, and hence not suitable to sit on the board of trustees of Yayasan Dakwah Islamiah Malaysia (Yadim).

"Never in history has a DAP member been appointed as the leader of a government agency tasked with spreading Islam. DAP's leadership is mostly controlled by the Chinese.

"It is not about his academic qualifications in Islamic studies. What is more significant is his liberal thinking, which led him to be involved with DAP.

"How can a member of DAP – which is very racist and is known for its anti-Islam slogan 'Malaysian Malaysia' – be appointed to an Islamic agency?" Hassan (photo) asked.

Sheikh Omar, who was formerly with PAS, graduated with a bachelor's degree in Usuluddin (Islamic History and Civilisation) from Universiti Malaya.

He is currently the Johor state executive councillor in charge of entrepreneurial development, cooperatives, information and creative economy.

Yesterday, de facto Islamic Affairs Minister Mujahid Yusof Rawa stressed that Sheikh Omar's appointment to Yadim was made on merit, and that it would be wrong to disqualify him on the basis of he being a DAP member.

Umno Youth chief Asyraf Wajdi Dusuki had also criticised the appointment, alleging that DAP does not recognise Islam as the official religion of the country – a charge that the party has repeatedly denied.