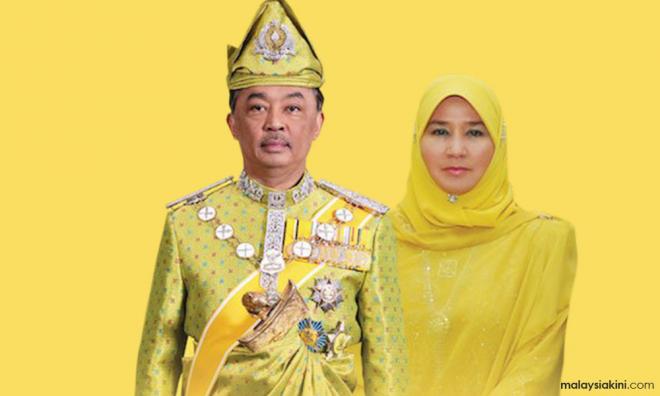 Sultan Abdullah ascends the throne today, as the new king

The Sultan of Pahang, Al-Sultan Abdullah Ri’ayatuddin Al-Mustafa Billah Shah, will take his oath of office as the new Yang di-Pertuan Agong today to reign for a five-year term.

The swearing-in and signing of the instrument of the oath of office as the 16th Yang di-Pertuan Agong will be held at the 252nd (Special) Meeting of the Conference of Rulers at the Balairung Seri (Throne Room) of Istana Negara.

At the same ceremony, the Sultan of Perak, Sultan Nazrin Shah, will take the oath of office as the Deputy Yang di-Pertuan Agong, also to reign for five years.

Sultan Abdullah will also sign the instrument of the declaration of the holding of office, the contents of which will be read out by Prime Minister Dr Mahathir Mohamad.

Sultan Abdullah and his consort, Tengku Ampuan Pahang Tunku Azizah Aminah Maimunah Iskandariah Almarhum Sultan Iskandar, are scheduled to leave Istana Abdulaziz in Kuantan as early as 7am to board a flight to the federal capital.

They are scheduled to arrive at the Bunga Raya Complex of the KL International Airport (KLIA) in Sepang at 8.30am.

According to the programme, the royal entourage will proceed to Parliament Square for the official reception and then head to Istana Negara.

Sultan Abdullah succeeds Sultan Muhammad V, the Sultan of Kelantan, who stepped down on Jan 6 as the 15th Yang di-Pertuan Agong after having reigned for about two years from Dec 13, 2016.