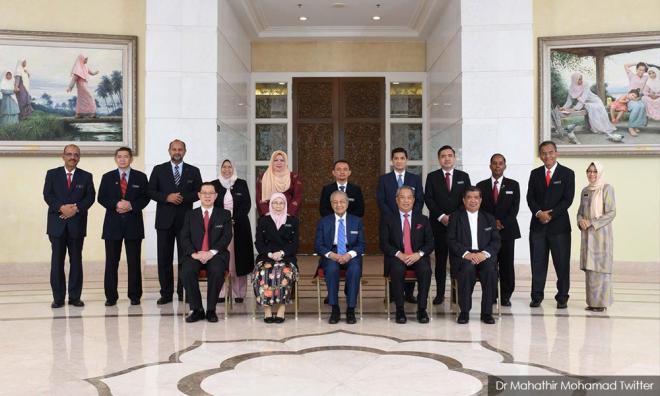 A survey conducted nationwide during the ending months of last year has found that nearly 60 percent of the Malays surveyed were not happy with the performance of the Pakatan Harapan government.

The survey found that 54.4 percent of the Malay respondents did not believe that the government was serious about the “Malay agenda”, including upholding Malay rights and Islam as the official religion, The Malaysian Insight (TMI) reported.

More than 60 percent of the respondents believed that non-Muslims were now in control of the government and that DAP was calling the shots in Putrajaya.

In a previous survey done in August last year, Harapan was reported to have secured only 17 percent of Malay votes in 14th general election.

The findings also showed that more than half of the respondents believed that Harapan would last more than one term and that the current administration would bring a better future for the country.

“The Islamic narrative that Harapan promotes is difficult for Malays to digest as the philosophy is too deep,” Ilham Centre research director Mohd Yusri Ibrahim said.

“To win over the Malays, the government must portray itself as conservative and centrist, not progressive or right-wing conservative like PAS or Umno.”

The survey also showed that 53.6 percent of the respondents disagreed that Dr Mahathir Mohamad should serve a five-year term as prime minister, instead of handing over the premiership to Harapan de facto leader Anwar Ibrahim, as planned.

Of that, 51.9 percent agreed that Anwar was the best person to succeed Mahathir as prime minister.