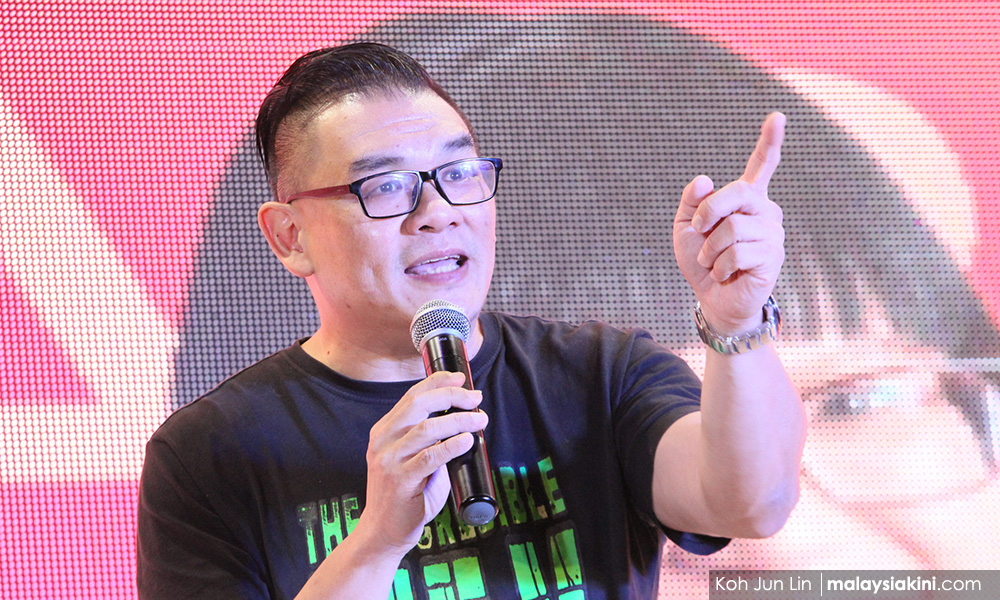 Former DAP member Hew Kuan Yau has apologised for his controversial remarks in favour of China with regard to the dispute over claims to the South China Sea.

Hew, known as 'Superman' among his supporters, said his appointment as CEO of the Malaysia-China Business Council (MCBC), effective yesterday, has become a hot topic on social media due to this, and certain quarters have labelled him as pro-China.

Recalling his Facebook posting on the South China Sea issue in 2016, the fiery orator, who has often courted flak for his profanity-laden speeches, said he chose to leave DAP after the matter became controversial.

“That view was based on the circumstances at the time. It was not DAP's stand.

“So I am disappointed that the issue is being played up again. As a Malaysian citizen, I will always defend the sovereignty of Malaysia.

“I now retract the statement (South China Sea belongs to China! Don’t oppose China just because you are anti-communist) and agree that the issue must be seen within the framework 'Declaration on the Conduct of Parties in the South China Sea' by Asean to ensure a peaceful resolution...

“I also wish to apologise to all Malaysians for the controversies which followed (the abovementioned statement),” he added in a statement this morning.

Hew also addressed those who accused him of being anti-China for supporting the student movement in Hong Kong.

“I obtained my PhD in History from the Chinese University of Hong Kong. I have always paid attention and supported the student movement in Hong Kong. This is consistent with my beliefs and mission,” he added.

Hew said when Malaysian NGOs held a candlelight vigil to support the Hong Kong student movement, he had delivered a speech defending the students' right to demand a free and fair general election.

However, he said, these remarks were later “twisted” as endorsing the call for Hong Kong's independence.

“This is slander. I support all peaceful democratic movements, including those in Hong Kong. But I will never support independence for Hong Kong,” he added.

With regard to his appointment, Hew said he would help foster better ties between Malaysia and China towards a win-win situation.