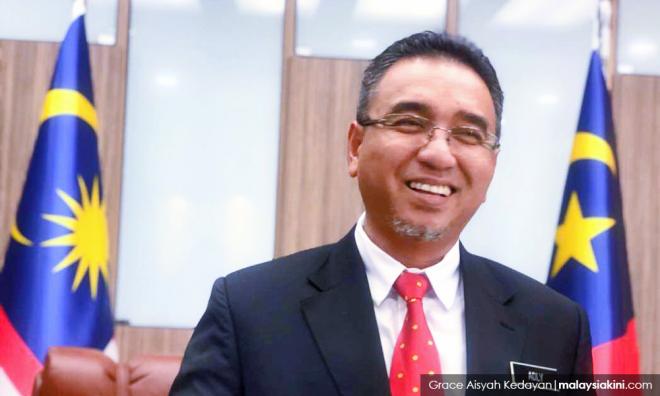 Malacca Chief Minister Adly Zahari has dismissed claims that Amanah is a tool of DAP, citing the cooperation between PAS and DAP to drive home his point.

The state Amanah chief pointed out that DAP and PAS were allies in the now-defunct Pakatan Rakyat much longer compared to Amanah and DAP in Pakatan Harapan.

“Did PAS turn into a DAP tool during this period of cooperation between the two parties?

“The answer is 'no'. The two needed each other and helped one another to garner support from the people,” he added in a Facebook posting today.

Adly was a former PAS leader before joining Amanah.

Amanah is a PAS splinter party formed following the fallout between PAS and DAP, which resulted in the death of Pakatan Rakyat and the birth of Harapan.

According to Adly, PAS is constantly peddling a negative impression that Amanah is under the thumb of the predominantly Chinese DAP, which it accuses of being opposed to Islam.

The chief minister claimed that PAS is doing this to sow hatred, especially among the Malay Muslims, towards Amanah.

“This perception is swallowed whole without evaluating the good and bad of Amanah,” he rued.

Adly said Amanah's cooperation with other Harapan parties such as DAP, PKR and Bersatu is based on the principle to eradicate the corruption perpetrated by the former BN government.

In a separate posting, Adly reminded Muslims to endeavour towards doing good instead of maligning others.

PAS and Umno, which were once arch rivals, have formed an unofficial alliance following BN's defeat in the last general election and their clarion call is to safeguard the status of the Malays and Islam.

A recent survey found that 60 percent of Malay respondents are unhappy with the present administration.

The survey conducted by Ilham Centre together with Penang Institute also found that 54.4 percent of the respondents did not believe the government was serious about the “Malay agenda”, including upholding Malay rights and Islam as the official religion.

Whereas more than 60 percent of the respondents believed that non-Muslims were now in control of the government and that DAP was calling the shots in Putrajaya.

DAP leaders have repeatedly denied the allegations that the party is against Islam being the official religion of the federation or that it seeks to turn Malaysia into a secular nation.