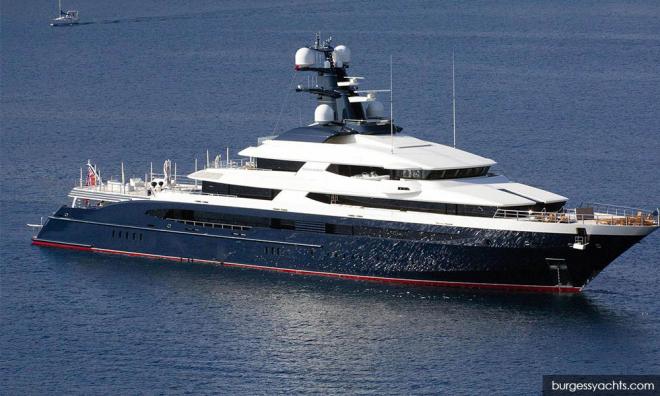 Businessperson Low Taek Jho has gloated at the failed auction of the Equanimity – the superyacht he is accused of commissioning – after the bids it received were below valuation.

However, brokerage firm Burgess, which is managing the sale, pointed out that the auction only served to fulfil a legal requirement, and that a private sale is the norm when it comes to such assets.

"The first phase with sealed bids, which was completed in November 2018, was a legally required step under Admiralty Law to pass good title to the purchaser upon her judicial sale.

"Once the mandatory sealed bid phase was completed, the court was able to move to a more familiar private treaty sale format.

"This is the standard superyacht sale process which all superyacht stakeholders know well," Burgess CEO Jonathan Beckett said in an interview with yachting publication Barche Magazine.

Beckett (photo) also noted that during the auction phase, the bids received were not up to expectation.

"Of course, if during that step a bid would have met the requirements of the court, then we would have all been delighted to see Equanimity sold.

"But the offers submitted were below the independent professional evaluation of the yacht."

Beckett also disagreed with claims that the Equanimity was taking a long time to sell.

"Selling a yacht in this sector is never a fast process. There are only one to two yachts of that value selling each year globally, and it typically takes 12 to 24 months to sell a yacht of this calibre.

"So, nothing unusual about the time frame, as officially the yacht has only been on the market for three months, since the end of October 2018," he said.

The Burgess CEO added that the US$130 million (RM532 million) guide price was "very reasonable," considering the "quality" of the yacht.

He noted that the superyacht can carry 22 passengers, and has a certified helipad aside from an array of other facilities, including a beach club and spa.

"She is well maintained by 21 professional yacht crew under the supervision of a specialist yacht management firm.

"The yacht has cruised extensively since her launch and has had a very little downtime, so she needs some time in the yard and a repaint but otherwise is in good condition," he said.

The Equanimity is presently docked in Langkawi where prospective buyers can view the superyacht.

After the Admiralty Court decided that the Equanimity can be put up for a private sale following unsatisfactory auction bids, Low issued a statement accusing the government of ruining its value.

The superyacht was seized in February last year off the coast of Bali by Indonesian authorities, in cooperation with the US Federal Bureau of Investigation.

Indonesia subsequently surrendered the vessel to Malaysia after a new government was installed in May 2018.

Former prime minister Najib Abdul Razak is accused of colluding with key conspirators, including Low, to loot billions of dollars from Malaysian state-owned fund 1MDB. Both have denied wrongdoing.