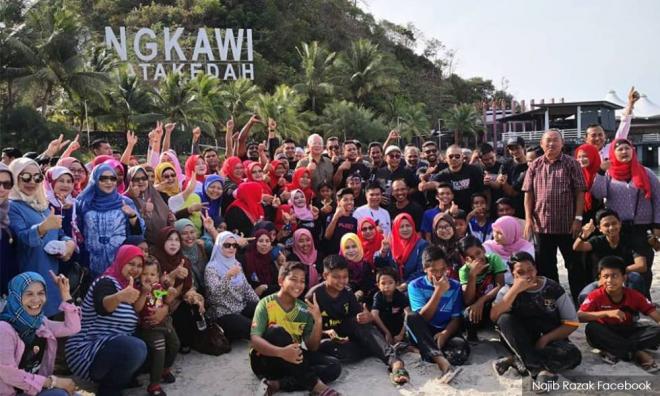 Police reports have been lodged to ensure former prime minister Najib Abdul Razak‘s programme scheduled for today in Langkawi is not racist or seditious.

"The reports were on the former prime minister’s programme in Pantai Cenang today.

“Police have noted their concerns, and have already advised the organisers on it and they have reverted to us that it will only be a breakfast function at a restaurant and that no speeches will be made,” he told Bernama.

Iqbal added that police would be monitoring the function.

The reports, which were sighted by Bernama, asked the police to conduct a probe whether the programme had a permit, and also expressed concerns that there could be elements of sedition or racism.

Eddin Syazlee, who is deputy communications and multimedia minister, said that they were also concerned that with Langkawi being a well-known tourist destination worldwide, “any bad publicity would not be good for business”.

"They were not instructed to lodge the police reports. I believe they did so because of the security implications.

“We do not want this popular tourist island, which has been peaceful all this while, to have its reputation tarnished by people whose agenda is to provoke the people.

"I want to make a personal reminder that no one is above the law,” he told reporters in Langkawi.

He had earlier attended a gathering with staff of agencies under the ministry at RTM Langkawi.

najibabdulrazak
Related Reports
MCA invites Dr M and Najib for CNY open house
2 years ago
Dr M on how Najib could have stayed in power
2 years ago
Harapan should learn from Najib's tactics, says Ambiga
2 years ago
Najib: I 'turun', Guan Eng 'naik' but ringgit goes down
2 years ago