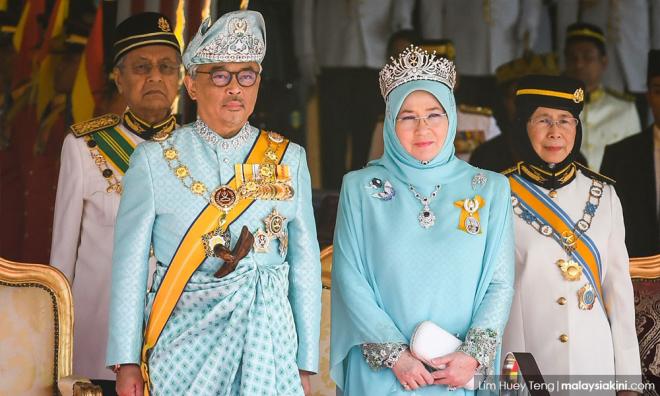 A trader who was arrested earlier for leaving a comment insulting the Yang di-Pertuan Agong Sultan Abdullah Sultan Ahmad Shah in his Facebook (FB) page has been released on police bail.

Pahang police chief Mohd Zakaria Ahmad said the 46-year-old man from Kuantan was released at 10am yesterday after being detained for two days since 8pm on Friday at the Kuantan and Temerloh police headquarters.

“Apart from that, two men, aged 32 and 36, who were believed to be involved in committing criminal intimidation against the trader were also released on police bail after having their statements taken at Kuantan police headquarters yesterday,” he said when contacted in Kuantan today.

However, according to Zakaria, investigations on the two men are still going on under Section 506 of the Penal Code for criminal intimidation.

Both men were arrested last Friday after they were reported going to the business premises of the trader in front of Kuantan Parade as they were unhappy with the insulting comment left by the trader on the picture of Sultan Abdullah in his Facebook site.

The trader was reported to have left a comment "muka macam 'end of the world’ hihi” on a picture which showed Sultan Abdullah, the Raja Permaisuri Agong Tunku Azizah Aminah Sultan Iskandar and Prime Minister Dr Mahathir Mohamad before it went viral on Facebook.

Meanwhile, the trader who allegedly insulted Sultan Abdullah, Cheah Kim Hung, 46, apologised to all and regretted his action in uploading the comment.

He claimed his comment was only aimed at replying to the status of another Facebook surfer who referred to the look of the prime minister recorded in a ceremony at Parliament square.

The man using the Facebook name, Michael Cheah, also apologised and sought the forgiveness of Sultan Abdullah over the mistake.