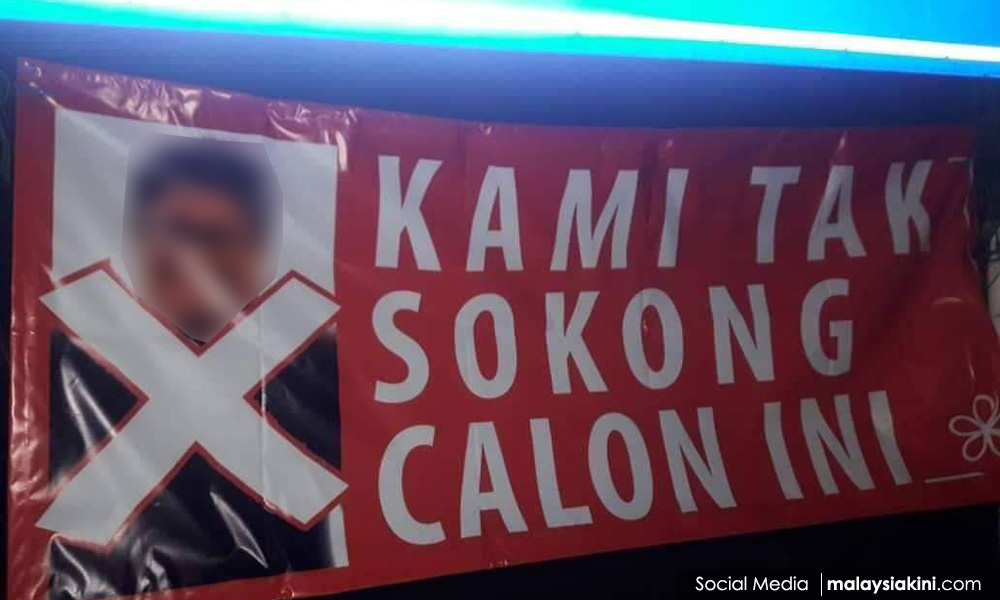 Banners appear in Semenyih, dispute in Bersatu over candidate

With the clock ticking down to the March 2 Semenyih by-election in Selangor, there appears to be an internal dispute on who from Bersatu will be fielded as the candidate to represent Pakatan Harapan.

One banner displayed the image of a potential candidate and below it were the words "kami tak sokong calon ni" (we don't support this candidate).

Another banner with the same image was accompanied with the words "N24 tolak calon luar" (N24 rejects outside candidate). N24 is the code for the state seat...

semenyihbyelection
Related Reports
PSM likely to field Nik Aziz Afiq Abdul in Semenyih
a year ago
Rais - Bersatu's front runner for Semenyih polls?
a year ago
Annuar: BN victory in Semenyih will deal 'fatal blow' to Bersatu
a year ago
Harapan can win Semenyih, but must get its act together
a year ago