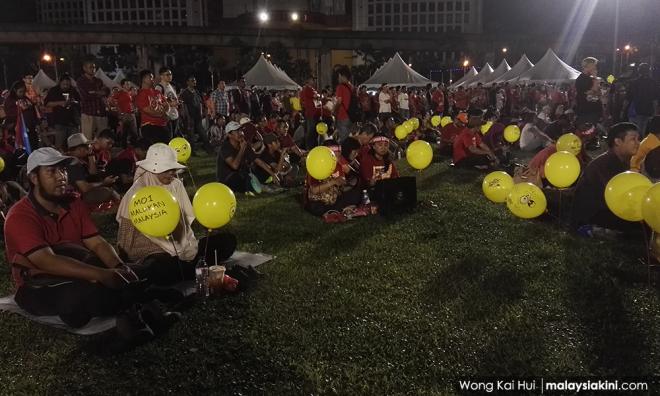 How Malaysia can transform from a global kleptocracy...

MP SPEAKS | Malaysia has many national holidays that provide Malaysians more opportunities for reflection and review as to why one or the country failed to achieve greater goals or achievements.

The 2019 Chinese New Year is similarly a useful occasion for a national review by all Malaysians of the many great questions confronting the nation.

One of these great issues of the nation is undoubtedly how Malaysia can transform from a global kleptocracy to a leading nation of integrity in the world.

The 36 days from the 2019 New Year to the 2019 Chinese New Year have provided plentiful evidence of how the country had been saved from a national catastrophe of being confirmed as a global kleptocracy, which could only end with only one result: Malaysia becoming a failed state and relegated to the bottom league of the world’s nations.

But who saved Malaysia from a global kleptocracy and a failed state?

Not the three branches of government - the Executive, Parliament or the Judiciary - or even the great institutions of state, those supposed to be responsible for upholding law and order or provide the checks and balances against abuses of power and corruption like the Attorney-General’s Office, the police force, the Malaysian Anti-Corruption Commission, the Auditor-General Office, Bank Negara or the mass media allegedly performing the role of the fourth estate.

All the three branches of government, the great national institutions and the Fourth Estate, failed the nation in preventing Malaysia from becoming the butt of international jokes for becoming a global kleptocracy, and it was the ordinary Malaysians, regardless of race, religion, class or region, who saved Malaysia from continuing as a global kleptocracy in the 14th general election - a miraculous exercise of the democratic will, however difficult or impossible, because of the odds stacked against such a historic outcome.

How did Malaysia go so terribly wrong as to become a global kleptocracy when we are the confluence of the world’s great religions and civilisations?

Some of the leading events on the road to transforming Malaysia from a global kleptocracy to a leading nation in integrity in the past 36 days from 2019 New Year’s Day to the Chinese New Year Day today, Feb 5, including the following nine developments:

'Utusan journos must not be made scapegoats of Umno's kleptocracy'
2 Jan 2019
Do we want a New Malaysia or a return to Najib’s kleptocracy?
4 Nov 2018
Anti-corruption plan should be a national agenda for everyone to adopt
30 Jan 2019
UK offers to help M’sia in reform and anti-corruption efforts
3 Jan 2019