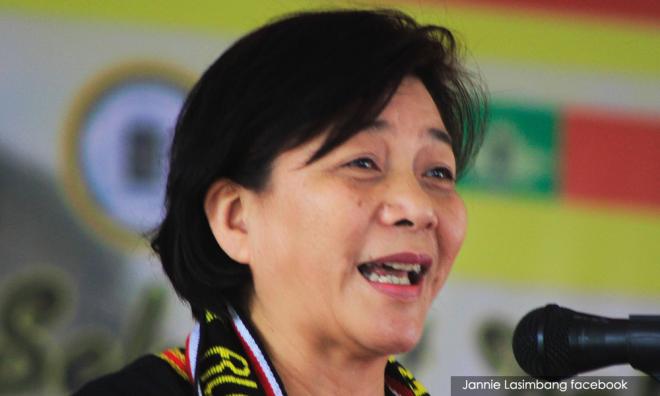 Courageous of Sabah to set minimum marriage age at 18

MP SPEAKS | The news that the Sabah state government made a decision on the minimum age limit for marriage in the state comes as a timely Chinese New Year gift for all children, not only in Sabah but throughout the nation.

A spillover effect is hoped to safeguard the rights of children to live their lives as children with equal opportunities to dream, study, play and to be torch-bearers for our new Malaysia.

This momentous and significant decision will not be possible without the concerted effort driven by Sabah state Law and Native Affairs assistant minister Jannie Lasimbang (above) and her team of like-minded lawmakers, judges, civil society, customary chiefs, native chiefs and village heads.

They are to be guardians of children, galvanising their authority, knowledge, experience and power to work together to reduce the number of child brides and grooms in the state.

This Chinese New Year, Malaysians welcome and embrace this heroic decision and hope for the Land Below the Wind to rise above itself to read and execute provisions in civil laws, syariah laws and native customary laws in harmony with each other to reduce marriages of children below the age of 18 as a stepping stone to eliminating it one day in the near future.

In the same vein, it is of great urgency for religious leaders of all states to address the rights, position and role of children in our society as the future of Malaysia, even more as Malaysia holds her head high as a steadfast signatory to the Convention on the Rights of the Child.

Nations that have high numbers of child marriages often fair poorly economically and worse of where social justice is concerned.

A recent study conducted by the International Centre for Research on Women (ICRW) and the World Bank (Wodon, et al., 2017) estimates that a reduction in child marriage will go hand-in-hand with a decline in fertility and population growth rates, leading to an increase in the gross domestic product (GDP) per capita in countries where child marriage is common.

As a signatory to commit itself to the UN's Sustainable Development Goals (SDGs) by 2030, it is critical that the government analyses the monetary gains it will enjoy if child marriages are significantly reduced and ended amounting up to “trillions of dollars between now and 2030 globally” (Wodon, et al., 2017, p. 10), which in return can be used to fund long-term development projects and programmes for our children.

Research also suggests that girls from the poorest quantile or the poorest 20 percent are more likely to be married off compared to girls who belong to the 20 percent of the richest portion.

This, of course, does not discount the fact that child marriages also exist in richer families where girls of “higher” socio-economic status also face a higher risk of being married off earlier.

This rings true not only in Sabah but all over the country where poverty and a lack of awareness and education remain drivers for child marriages. But with consolidated efforts from all parties, child marriages can soon be a thing of the past not only in Malaysia but for the region as well.