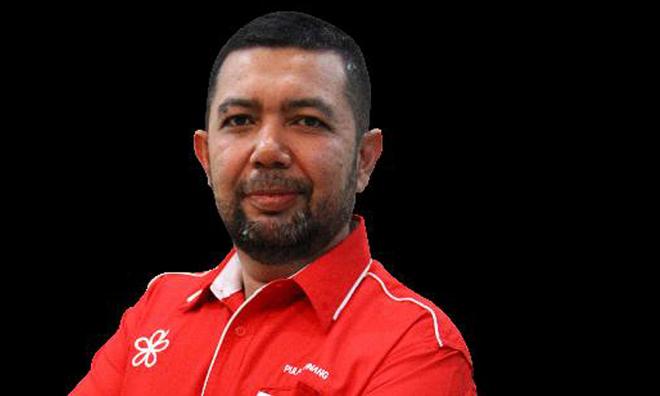 YOURSAY | ‘You don’t need qualifications to be a good politician, but you need to be honest.’

I studied in the US' Cambridge International University - Marzuki

Mo Saladin: Clearly, there are three home truths to learn from this episode of Deputy Foreign Minister Marzuki Yahya and his degree from the questionable Cambridge International University in the US:

1. We have reduced university learning to credentials, resulting in diminished meaning and value.

2. It is increasingly common to find that those who parachuted themselves into the corridors of power without the necessary prerequisites would turn to deception to manufacture a past as a means of legitimising their position.

3. A rose by any other name would smell just as sweet, according to our learned deputy minister.

Vijay47: Marzuki, it is regrettable that someone has to actually point out to you, the deputy foreign minister, that from an international perspective, your office stands among the most senior four or five government positions in any country.

As such, it carries the added responsibility of conducting yourself with dignity, integrity and honour.

The manner in which you represented yourself as a graduate of the University of Cambridge reeks of a misguided, even shameful effort to mislead the public into believing that you are from that most prestigious of institutions.

Your pathetic attempts to squeal your way out of the quagmire you created only worsens what little image you have left – perhaps in keeping with the fact that one of your university faculty members is an associate professor of the Eastern European dating site AnastasiaDate (but perhaps this may have been useful for you to enhance your skills in international relations).

The only way you can redeem yourself and the shambles that Pakatan Harapan has sunken into is by resigning. But typical of all Malaysian politicians who have been caught out, you now claim that the allegations against you are malicious and meant to tarnish your reputation.

I don’t think anyone has to do that, not when you are doing a great job of it yourself.

Clever Voter: Marzuki could have made it simpler for himself and do his degree locally to avoid all sorts of doubts and misgivings.

But one should look beyond his official reason – the word ‘Cambridge’ does carry weight, and to an uninformed audience, this could be mistaken for the actual University of Cambridge.

There are many better-qualified candidates for his role but the Harapan leadership relied on the old boys’ network.

This has backfired, and sceptics will surely be convinced that this case is worth pursuing for misrepresentation. Serves them right for not doing enough due diligence.

Warrant Addict: Actually, those without paper qualifications who become successful in life should be proud of the fact. Some manage to become politicians and CEOs with nothing but education no further than Form Three or Form Five.

Others with Master’s and PhD degrees are still struggling to cari makan (earn a living). So why did he bother getting a bogus degree online if he was already a VIP?

Beman: Marzuki has not broken any law in paying US$5,000 out of his own pocket for that piece of paper. There is also no requirement that he should possess a university degree to be appointed a deputy minister.

At worst, the only thing he may possibly be guilty of is in trying to stroke his own vanity through that paper. All of us are guilty of this in one way or another – just to different degrees – when we try to project ourselves as something other than who we really are to our relatives, friends and colleagues.

Should all of us resign from our current jobs? Whether he should resign from his current deputy minister’s post or not should depend on how he has been carrying out his duties, not because of that US$5,000 piece of paper he purchased.

This exposure is neither going to do Marzuki nor Bersatu any good. His credibility as secretary-general of the party and as the deputy foreign minister is going to be severely impacted.

To dare to claim that he is a graduate from the highly esteemed and internationally renowned University of Cambridge when he just holds a useless certificate from a fake unrecognised university is the height of audacity.

If he lied about it, however, then he lacks integrity and should resign.

Jasmine: The public will see this as a disgraceful conduct by a senior member of the Harapan government. Marzuki is no less than the Bersatu secretary-general.

Let’s see what the Bersatu chairperson and Prime Minister Dr Mahathir Mohamad has to say about this shameful charade by one of his lieutenants. But don’t be disappointed if Marzuki gets away with a mere telling off.

After all, Mahathir’s political secretary Zahid Md Arip has not resigned after being implicated in corruption charges against former Felda chairperson Mohd Isa Abdul Samad.

It seems like there is a dearth of moral courage among our so-called ‘leaders.’

4Malaysia: Marzuki is an utter disgrace with a fraudulent degree. The deputy foreign minister will be a laughing stock when he meets foreign dignitaries. This is a major humiliation for Bersatu.

It shows that the old Umno culture is still very much alive within the party.

OMG: Mahathir, with numerous aides and ‘eminent persons’ advising him, cannot find out and quickly identify the duds and the dungu (daft) from those worthy of cabinet posts?

Or was he scraping the bottom of the Bersatu barrel to fill the cabinet up with people from his party, over MPs from other parties who are much more qualified?

Employ dungu and cheats and you reap what you sow, like ‘black shoes’ policymakers. Come on, Mahathir, Malaysians deserve better than this.

Why having integrity is better than having a 'degree'