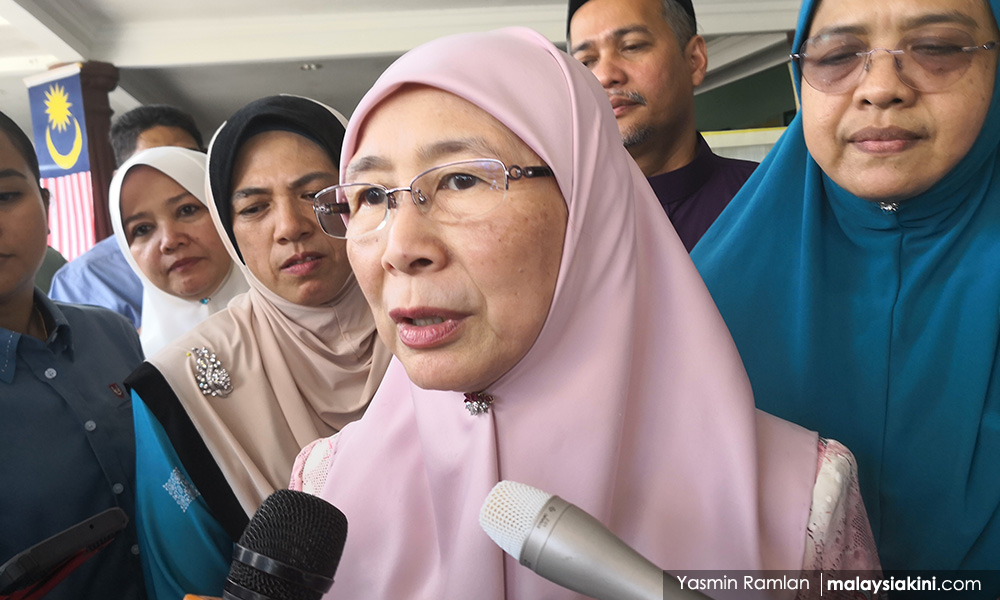 The statement said that a Facebook account holder had uploaded a photo of Wan Azizah with Iskandar Puteri MP Lim Kit Siang with the caption: "After Azmin Ali was admitted to hospital, it is now Wan Azizah Ismail's turn."

“The picture is of an old image and comes with a fake caption.

"The Deputy Prime Minister launched Tasputra Perkim this morning and also spent time communicating with the media at the event," said the statement.

It also informed that the posting was accompanied by speculation that Prime Minister Dr Mahathir Mohamad would use the "illness " of Economic Affairs Minister Mohamed Azmin Ali and Wan Azizah, as an excuse to appoint his son Mukhriz as Deputy Prime Minister.

The statement said that Wan Azizah also expressed concern over the increasing number of fake postings in social media at this time, especially on the Harapan government.

"It's just a malicious effort from irresponsible parties who hide behind a pseudonym to create tensions in Harapan. Do not trust everything you read on social media and do not share, when you are not sure,” it quoted her as saying.

While social media had changed the way people communicate and made the world borderless, she advised that each individual must be responsible for their postings.