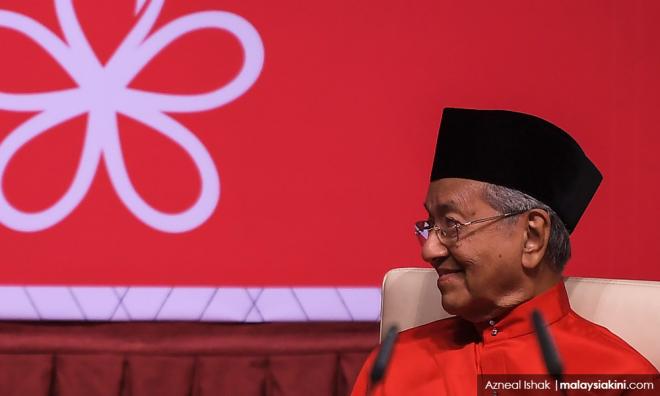 Bersatu yet to decide on entering Sabah: Mahathir

Bersatu has yet to decide on whether to spread its wings to Sabah, Dr Mahathir Mohamad said today.

The party's chairperson said the matter had to be discussed first by the party's top leadership.

“We make decisions at meetings. We have to hold a meeting of the supreme leadership council first (to decide whether to spread wings to Sabah),” he told reporters on George Town.

Dr Mahathir was asked to comment on a statement by independent Sulaman assemblyperson and former Sabah Umno liaison committee chairperson Hajiji Noor that Bersatu would spread its wings to Sabah soon.

Following Hajiji’s statement, Sabah chief minister and Warisan president Mohd Shafie Apdal said he hoped that the peninsula-based Bersatu would keep its word not to spread its wings to Sabah as per a “sibling agreement” reached at the 14th general election last year. - Bernama