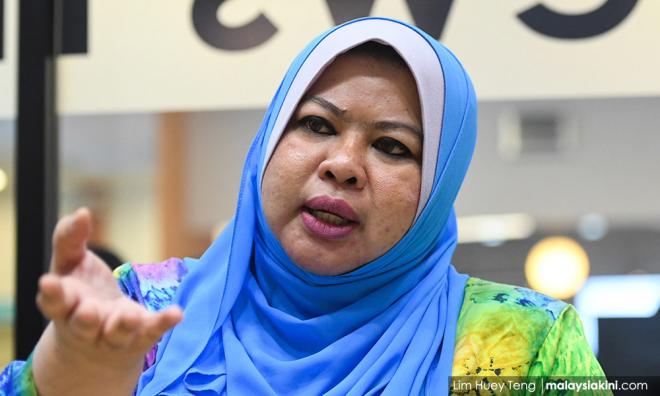 The quality of a minister or deputy minister should be evaluated based on their work performance at the ministry, instead of focusing on other issues that are deliberately sensationalised.

Rural Development Minister Rina Mohd Harun said in the era of the borderless world, individuals were free to voice their views, although there were times when they did not depict the true picture, especially in social media.

“To me, the quality and value of integrity of a minister or deputy minister should be viewed more closely with their work in driving a ministry.

"I do not care if my educational background is searched or disclosed because the contribution in driving the ministry is most important," she told a press conference after launching the 19th Mara Junior Science College Former Students (Ansara) Sports Carnival at Universiti Putra Malaysia (UPM) in Serdang today.

She commented on the actions of netizens who were now checking on the educational background of Pakatan Harapan leaders following the controversy of the academic status of Deputy Foreign Minister Marzuki Yahya, who was said to have a Bachelor of Business Administration from Cambridge University, in England.

Marzuki later explained that the degree was from the US-based International University of Cambridge after a political activist lodged a police report and alleged that he was cheating.

However, his clarification continued to be criticised because the university is alleged to be a “diploma and degree mill” offering unlawful educational certificates. Its certificates could also be purchased.

Commenting further, she said she was not upset by the actions of the netizens as the educational institutions and the degrees she holds are genuine and have been officially certified.

"I have no problem with that, and my pictures were also out in the university magazines where I had studied," said Rina who has a Bachelor's degree in Banking and Financial Management from Northwood University, Michigan, USA.

On Ansara, Rina hoped that with 12,000 members, the MRSM alumni would continue to play a role in assisting ministries, especially in motivating students under Mara to manage and train entrepreneurs in rural areas.