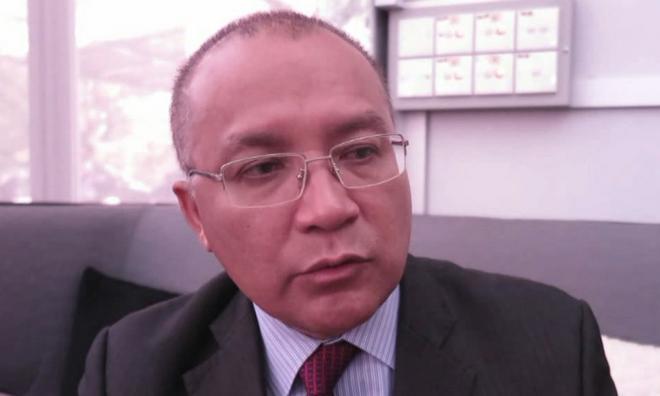 Ex-Kota Tinggi MP Noor Ehsanuddin Mohd Harun Narrashid was today charged at the Johor Bahru Sessions Court with receiving RM50,000 and a parcel of land as bribes from a printing company in 2013 and 2014.

He claimed trial to both charges before judge Kamaruddin Kamsun.

On the first charge, Noor Ehsanuddin was accused of receiving a cash deposit of RM50,000 from Karya Hidayah Sdn Bhd via his Maybank account on Sept 8, 2013.

He is alleged to have committed the offence at the Malayan Banking Bhd branch in Jalan Dato Haji Hassan, Kluang, while he was still a director of Felda.

As for the second charge, he is accused of receiving a bribe in the form of land measuring 0.421ha worth RM180,000 at Lot 5876, Mukim Kota Tinggi, from the same company.

According to the charge sheet, he committed the offence on March 23, 2014, at the Land Office in Kota Tinggi.

The bribes were allegedly for the awarding of a printing project for Felda.

He was charged under Section 165 of the Penal Code for both offences and is liable to be jailed up to two years, fined, or both, if convicted.

MACC deputy public prosecutor Khazrin Haffiz Khalil appeared for the prosecution, while the accused was represented by counsel T Thrichelvam and Vincent Lawrence.