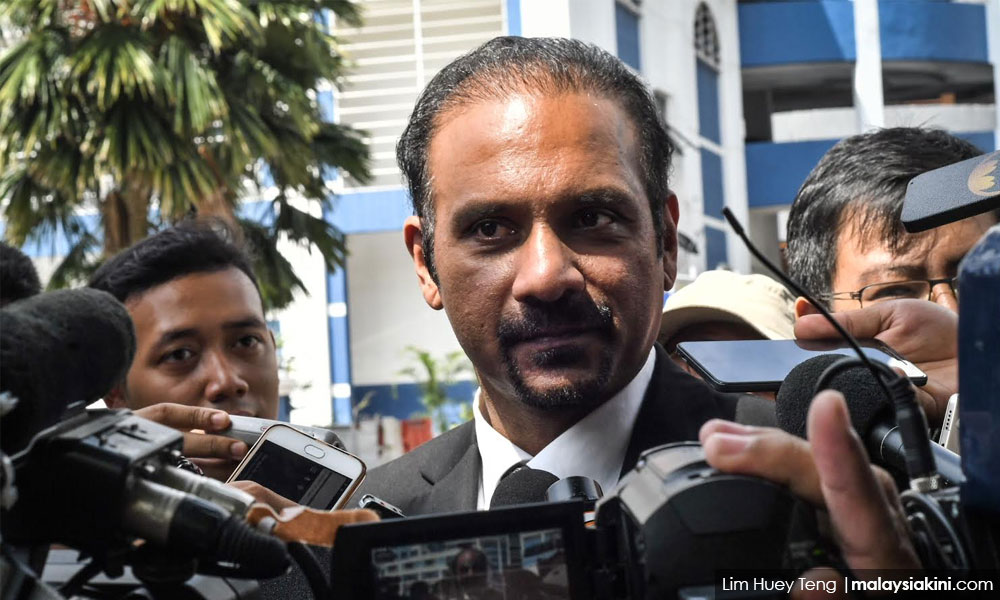 Ramkarpal calls for solicitor-general's removal over defence of gov't directive

Solicitor-general III Mohamad Hanafiah Zakaria should be removed if he does not understand that the Attorney-General's Chambers should be independent and not take instructions from the government, said Bukit Gelugor MP Ramkarpal Singh.

The DAP lawmaker said this in reference to Hanafiah's email to deputy public prosecutors about the government's directive to expedite several high-profile graft cases and subsequent defence of the communique.

"Hanafiah’s stand in this matter is serious.

"It reflects his ignorance of the fact that the attorney-general is, and was always meant to be, free from government instructions as he is, and will always be, supposed to be impartial.

"This is a serious and disgraceful error on Hanafiah’s part. He should resign if he doesn’t understand this, if not removed," Ramkarpal said in a statement tonight.

In defending the email, Hanifah had said that the AGC was part of the government machinery and will comply with the government's directive as long as it was in accordance with the law.

Ramparkal said it was elementary that the AGC advises the government and not the other way around.

"Hanafiah has forgotten that the attorney-general is independent and prosecutes according to evidence and never is directed, whether by the government or otherwise.

"We need independent people on the job. Not those who receive instructions from the government," he said.

Meanwhile, criminal lawyer Rafique Rashid Ali said the internal memo should not be interpreted as a form of interference.

"In fact, the courts will be more than willing participants since expeditious and timely delivery of justice has been mooted ever since the days of the previous government," he said.

Rafique said there would be no element of bias as the prosecution would already have in its possession all relevant pieces of evidence.

Instead, he cautioned that the leak was a cause for concern.

"Are there sympathisers in the AGC?" he asked.