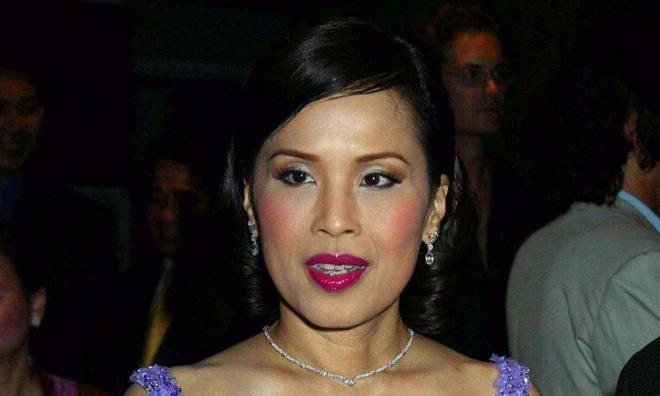 Thailand's election panel on Monday disqualified the sister of the king from running for prime minister, putting an end to a stunning, short-lived candidacy by echoing King Maha Vajiralongkorn's words that royalty should be "above politics".

The Election Commission released the official list of parties' candidates for prime minister without the name of Princess Ubolratana Rajakanya Sirivadhana Barnavadi, 67, the king's elder sister.

The list excluded Ubolratana "because every member of the royal family comes within the application of the same rule requiring the monarch to be above politics and to be politically neutral," the panel said in a statement after a meeting.

The princess had accepted the nomination of the Thai Raksa Chart party, a populist movement drawn from supporters of ousted ex-premier Thaksin Shinawatra, who has been at the centre of

more than a decade of turmoil in Thai politics.

The March 24 elections are the first since a 2014 military coup toppled a pro-Thaksin government. Among the candidates for prime minister is the current junta leader Prayuth Chan-ocha, who as army chief led the coup.

The panel did not mention a separate petition seeking to ban Thai Raksa Chart on the grounds that it violated election laws against using the monarchy in campaigning.

Party leaders were not immediately available for comment and cancelled a press conference planned for Monday.

Ubolratana's surprise nomination broke with a tradition that members of the royal family stay out of politics.

Thailand has been a constitutional monarchy since 1932, but the royal family wields great influence and commands the devotion of millions of Thais, with the king considered to be semi-divine.

In a statement read on all Thai television stations within hours of Ubolratana's announcement as a candidate, King Vajiralongkorn said it was "inappropriate" and unconstitutional for members of the royal family to enter politics.

The dramatic events since Friday have put Thais on edge. Riot police units were on high alert in Pichit province, north of Bangkok, where the princess was due to visit later this week, according to Matichon newspaper.

Bangkok has been locked in political conflict for more than a decade - with street protests sometimes paralysing the capital for months at a time - between supporters of Thaksin's populist brand of politics and the mostly-middle class and urban establishment who identify with the monarchy and the military.

Parties loyal to Thaksin, a former telecommunications tycoon, have defeated pro-establishment parties to win every election since 2001. Each of their governments has been removed by court rulings or coups since 2006.

The hashtag '#coup' was trending on Thai-language Twitter on Monday and a fake document also circulated online claiming that the junta had sacked commanders in the army, navy and air force.

The rumours were false and intended to destabilise Thailand, the spokesman for the ruling junta, Colonel Winthai Suvaree, told reporters.

"This is organised behaviour with hope to gain something, particularly to disturb the peace of the country during this important moment," he said.

The pro-Thaksin camp's bid to nominate a member of the royal family electrified the election race, but it could backfire on Thai Raksa Chart, said Titipol Phakdeewanich, a political science professor at Ubon Ratchathani University.

Dissolving Thai Raksa Chart could hand more seats to military-affiliated parties or other established parties, as well as a separate youth-oriented populist party.